An East Coast teenager and aspiring special-effects makeup artist (Connor Jessup, Blackbird) struggles with both his sexuality and his fear of his macho father, in this imaginative twist on the coming-of-age tale from first-time feature director Stephen Dunn. 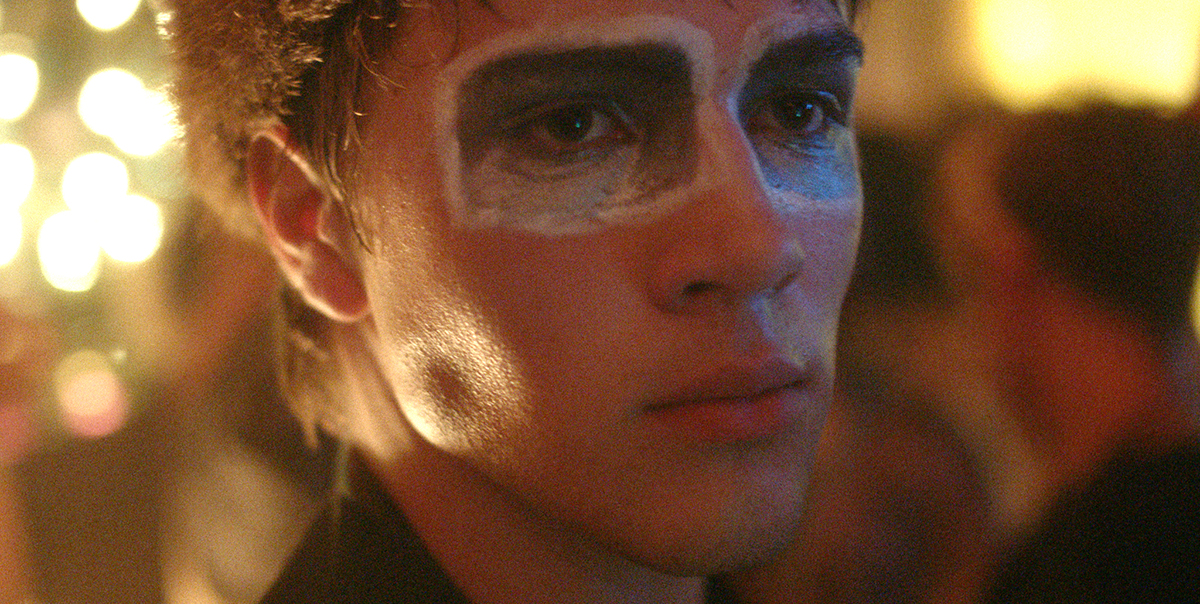 The coming-of-age (and out-of-the-closet) story gets an imaginative twist in the first feature by writer-director Stephen Dunn. Mixing affecting drama with whimsical fantasy and elements of Cronenbergian body horror, Closet Monster is ceaselessly inventive in its chronicle of an East Coast teen wrestling with his sexuality and learning to find his own way in life.

High-school student and aspiring special-effects makeup artist Oscar Madly (Connor Jessup, star of the 2012 Festival favourite Blackbird and director of the short film Boy, screening in this year's Short Cuts programme) needs out: out of the Newfoundland town that is stifling his budding creativity, out of his restrictive home life, and out of the closet, where he has fearfully remained after witnessing a brutal hate crime as a young boy. While he finds much-needed support from his best friend Gemma (Sofia Banzhaf) and his pet hamster, Buffy (who talks to him via the voice of the great Isabella Rossellini), Oscar is haunted by horrifying visions of the consequences of revealing his homosexuality — a fear that is compounded by his increasingly judgemental and erratic father (Aaron Abrams). When Oscar meets the handsome Wilder (Aliocha Schneider, a 2015 TIFF Rising Star, also at the Festival in Ville-Marie) — whose cool, carefree rebelliousness and unabashed hedonism make him the embodiment of the unrestrained world Oscar dreams of — he is immediately attracted and utterly terrified. With his fantasies becoming darker and ever more vividly real, Oscar finds that he must break free of the chains that bind him and live a life that is true to who he really is.

Impressing his unique sensibility on every frame of his remarkably accomplished film, Newfoundland native Dunn establishes himself as one of Canada's brightest young talents. Striking, sometimes shocking and often unexpectedly funny, Closet Monster is simply a stunner.