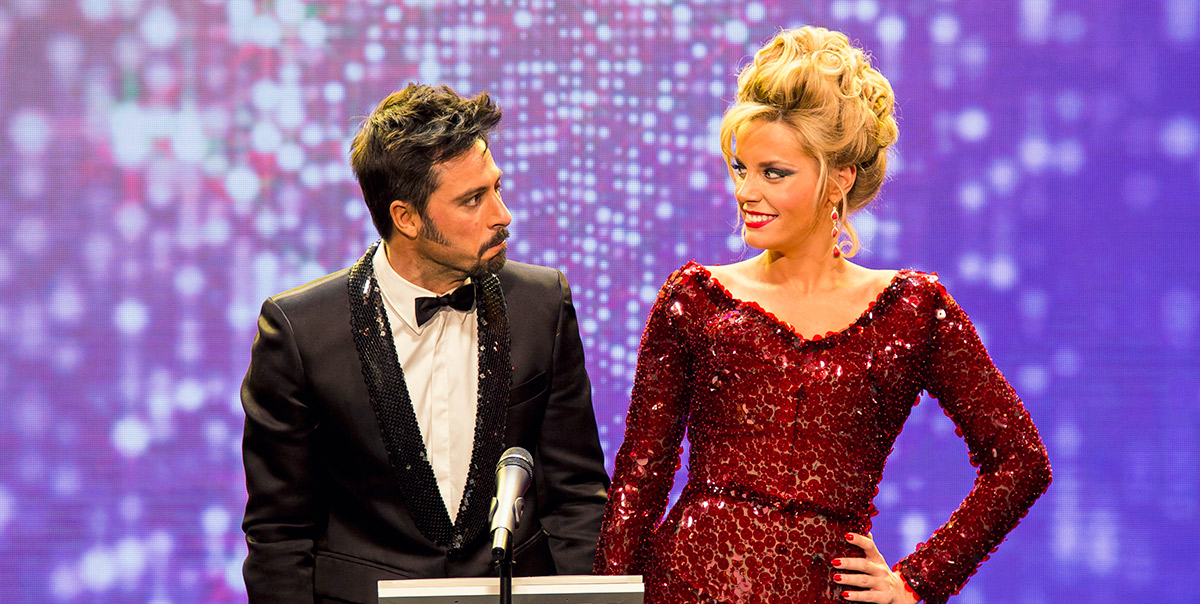 Please note that this film was previously known as My Great Night.

An audaciously inventive ensemble comedy brimming with showbiz satire, the latest from Spain's madcap maestro Álex de la Iglesia (Witching & Bitching) is a hoot. Featuring a cavalcade of Iglesia regulars, My Big Night offers an all-access backstage pass to a TV variety show so full of hitches and snags its participants will be lucky if they survive the taping.

It's only October, but the network's annual black-tie New Year's Eve spectacular has already been in production for a gruelling week and a half, and setbacks continue to accumulate. A falling crane has just taken out an extra, and the show's hosts are at each other's throats. Oversexed pop sensation Adán (Mario Casas) discovers he's been duped by a semen thief, while legendary divo Alphonso (real-life singer Raphael) is stalked by an armed and unstable would-be songwriter (Jaime Ordóñez) who's disgruntled after years of rejection. Amongst the extras, dumpy but endearing José (Pepón Nieto) is really hitting it off with the gorgeous Paloma (Blanca Suárez), but she has a history of accidentally maiming every man she meets. Meanwhile, just outside the studio, riot police move in as demonstrators demand the arrest of the show's corrupt producer (Santiago Segura).

All this mania is perfectly calibrated comedy in the hands of Iglesia and his long-time co-writer Jorge Guerricaechevarría. Rife with bon mots and wicked farce, bizarre grotesques and charismatic eccentrics, My Big Night is a frenetic brew of Fellini, Altman and Almodóvar, building steadily toward a finale that's a grand collapse into utter chaos.