Golden Globe nominee David Oyelowo (Selma) and Academy Award winner Dianne Wiest (Bullets Over Broadway) star in this intimate drama about a grieving widower who sets out to fulfill his wife’s last wish that he finally meet her irascible mother. 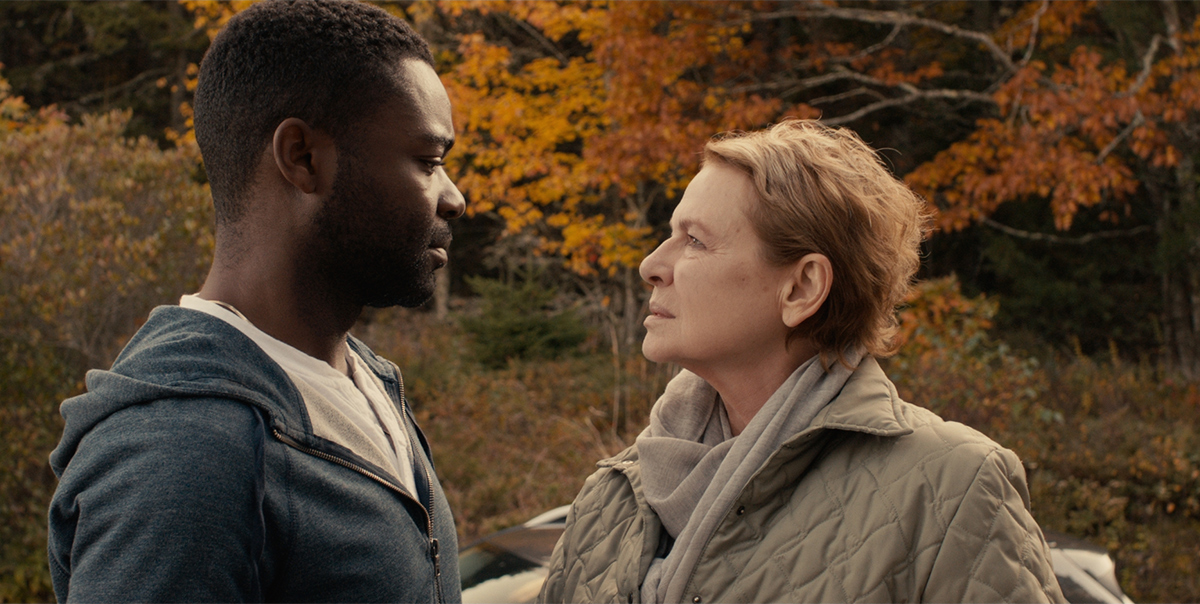 This exquisite exploration of grief and compassion features David Oyelowo and Dianne Wiest as two very different people linked by a devastating loss.

The last voicemail Sherwin Owens (Oyelowo) received from his beloved wife, Fiona, before she died in a car accident implored him: "meet her, before it's too late." The "her" in question is Fiona's mother Lucinda (Wiest), whom Fiona had just visited after many years of estrangement. After spending several solitary days blunting his grief with alcohol, Sherwin makes the long drive to Lucinda's home in rural Maine. Lucinda lives up to her reputation as ornery, bullying, and cruel, but she is dying from cancer. As Sherwin endeavours to bridge a divide widened by age and race, there ensues an unspoken competition as to who bears the greater loss.

Oyelowo, so magnificent as Martin Luther King in Selma, anchors Five Nights in Maine with a profoundly sympathetic lead performance. And Wiest is arresting in every scene she inhabits, with a hard and imperious gaze that can't quite disguise a terrible need for love. These heartrending performances are given ample room to breathe in the hushed, tender atmospheres fostered by writer-director Maris Curran.

Five Nights is Curran's feature debut, yet it possesses a rare understanding of the power of a single gesture or image: the placing of a lipstick-smeared mug on a high shelf, or a stooped silhouette on a frosted shower door. This is a quiet film about volcanic emotions.