The new film from celebrated director and cinematographer André Turpin is an intoxicating cinematic puzzle that intertwines the lives of three seemingly unconnected characters. 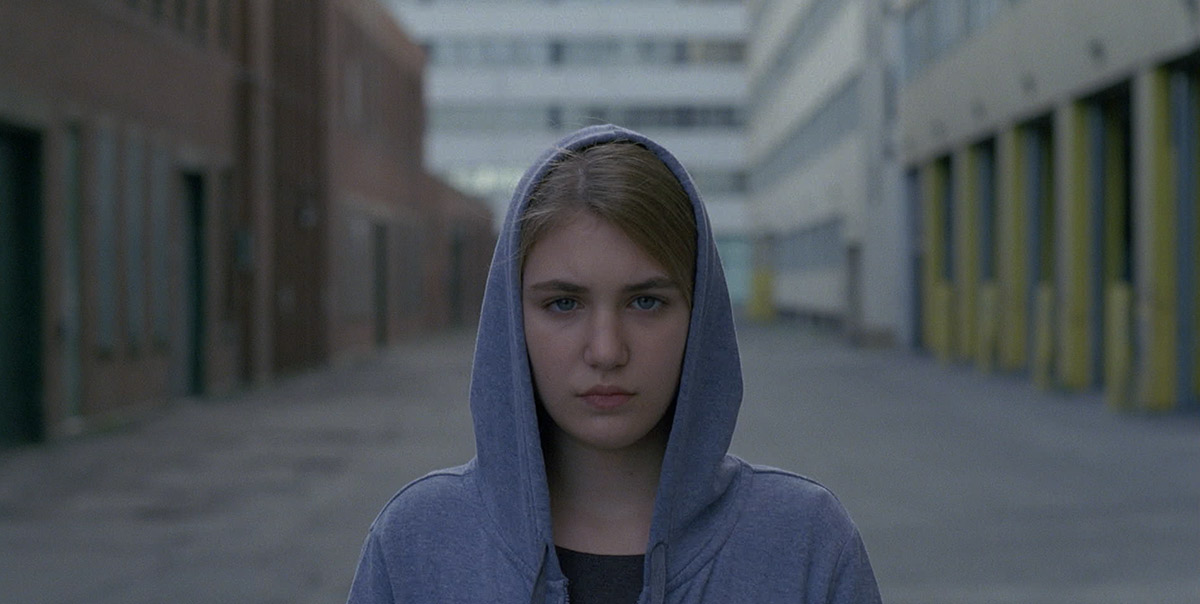 André Turpin is one of Canada's top cinematographers, renowned for the remarkable images he has created in such films as Mommy, Incendies, and Maelström. His latest film as director, Endorphine, is an intoxicating cinematic puzzle that takes a trio of seemingly unconnected characters and merges their experiences into a multi-layered narrative that will set your mind reeling.

Twelve-year-old Simone (Sophie Nélisse) feels painfully disconnected from the world after witnessing the brutal death of her mother. Simone (Mylène Mackay), a solitary multimedia artist in her twenties, is struggling to control her crushing panic attacks and keep her day job in an underground parking lot. And Simone (Lise Roy), a sixty-year-old physicist, is giving a conference on the nature of time. The three Simones' lives are intertwined in a labyrinthine meta-world where timeframes overlap, characters multiply, and storylines repeat and expand. But, for all its shuttling forward and back through time, Endorphine remains grounded in the Simones' inner lives — it's an artistic examination of scientific phenomena that also poignantly explores how people deal with trauma.

The intricately crafted script keeps us constantly uncertain whether what we're seeing is present, past, future, or alternate reality. Turpin compounds the complexity with an extraordinary editing technique, putting the images through an obsessive process of repetition that reveals layer after layer of meaning. From its mysterious opening sequence to its absorbing conclusion, Endorphine is a relentless intellectual stimulant, inducing an altered state whose challenges are more than matched by its rewards.