Rooted in the Yiddish folklore of Sholem Aleichem’s short stories, Eva Neymann’s tender third feature is a delicate and affecting coming-of-age story set in a Ukrainian shtetl at the beginning of the 20th century. 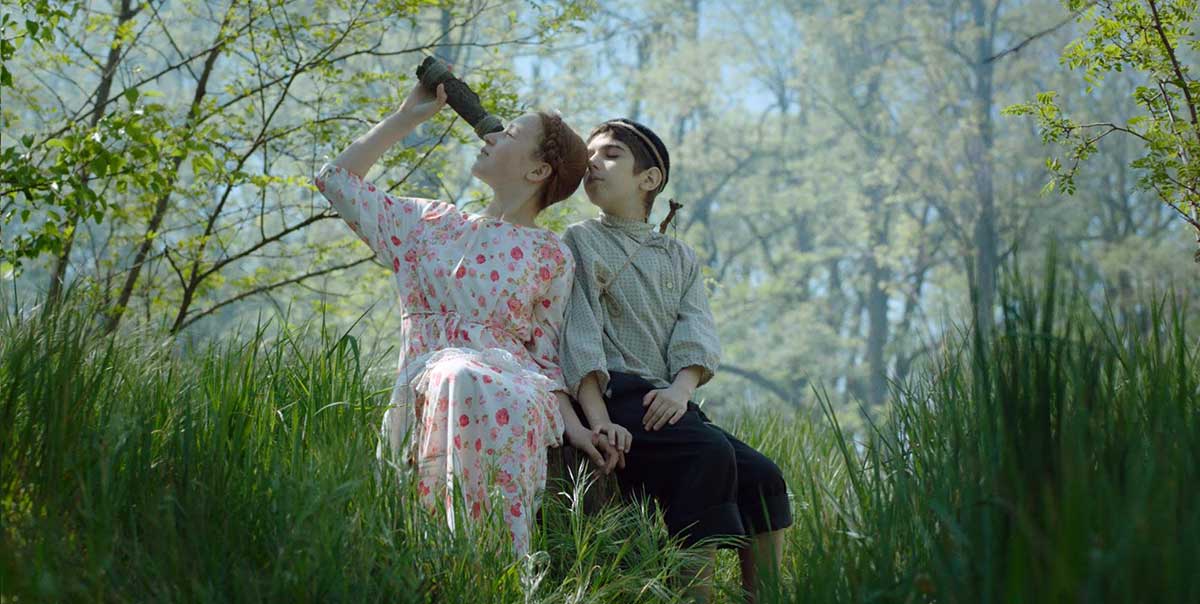 Rooted in the Yiddish folklore of Sholem Aleichem's short stories, Eva Neymann's tender third feature, Song of Songs, is a beautiful and reverent tale of a love torn between tradition and modernity.

The film delicately recreates the idyllic village life of a Hasidic community in a turn-of-the-century Ukrainian shtetl. Growing up in this beautiful but insular world, guided and nurtured by tradition, the sprite-like young Shimek (Yevheniy Kogan) submits with endearing resignation to his conservative parents' rearing.

His preternatural tenderness unshaken even by the school's terribly stern rabbi, he cultivates a friendship with local girl Buzya (Milena Tsibulskaya), but their demonstrations of affection are restrained by the village's orthodox customs and their own childhood naiveté. Alas, it is only after fate sends Shimek away from his village and its entrenched customs that he realizes the true depth of his feelings for Buzya. When he finally returns, it will be a homecoming tinged with regret but redeemed by hope that the old world can be born anew.

The film's magical, ephemeral aura is aided immeasurably by the soundtrack, a collection of vinyl recordings by Jewish singers and musicians. Supported by the nuanced debut performances from its two leads, Song of Songs is a cinematic doina, a lyrical depiction of youthful devotion in a time of great change.