A group of young friends is sucked into the onscreen world of a cult 1980s slasher flick, in this clever horror-comedy packed with real heart, goofy gore and plenty of laughs. 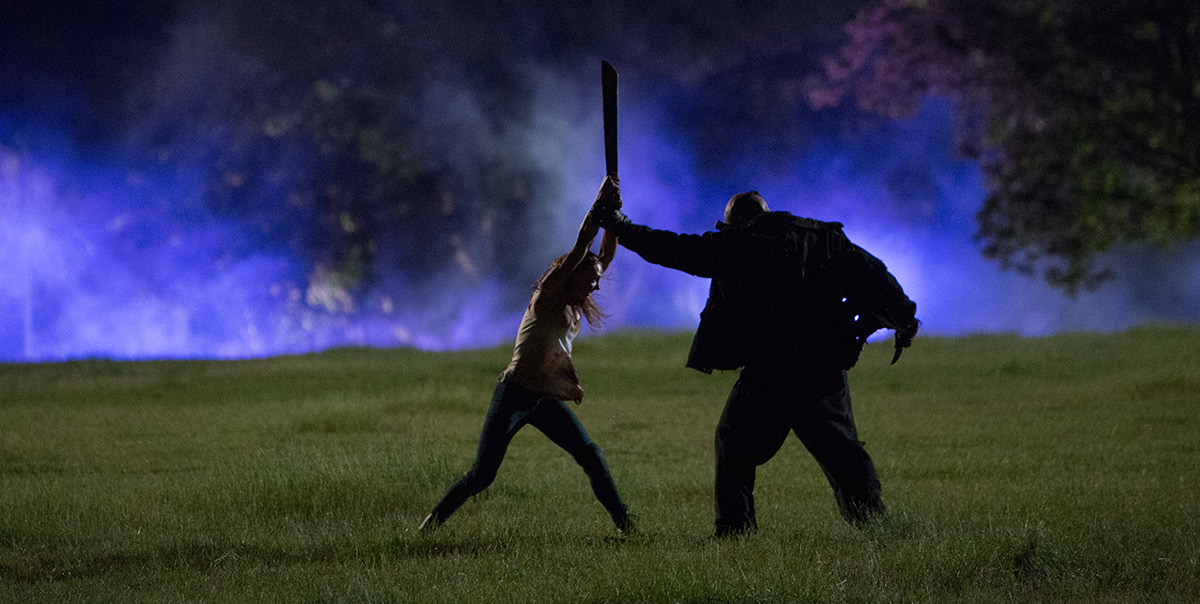 For the uninitiated, the term Final Girl — coined by Carol J. Clover in her 1992 book Men, Women, and Chainsaws — refers to the frequent slasher-film trope wherein one last woman is left alive to battle it out with the killer (ultimate survival optional). If you've seen Halloween, Friday the 13th, or even Alien, you've met the Final Girl. Now, this clever horror-comedy introduces you to a gaggle of them.

The film's heroine, Max (American Horror Story's Taissa Farmiga), is the teenage daughter of 1980s scream queen Amanda Cartwright (Malin Akerman), whose claim to fame was her starring role in the cult slasher flick Camp Bloodbath. Max reluctantly agrees to attend an anniversary screening of the film, but after disaster strikes at the screening, she and her friends — including Arrested Development's Alia Shawkat (also at Midnight Madness this year in Green Room), Nina Dobrev (The Vampire Diaries), and Thomas Middleditch (Silicon Valley) — wake up inside the movie. Now, it's up to Max to navigate her way through a ridiculous film-logic meta-maze and save her mother from the masked, machete-wielding killer stalking the camp.

Director Todd Strauss-Schulson goes for the jugular with this killer concept by writers Joshua John Miller (known for his memorable kid roles in Near Dark and River's Edge) and M.A. Fortin, and the keen cast — which also includes Adam DeVine and Angela Trimbur, providing some of the best laugh-out-loud moments as '80s-style camp counsellors who don't realize they're just characters in a B movie — nails every comic beat. An affectionate homage to the slasher movies of yore, The Final Girls is filled with real heart, goofy gore, and plenty of laughs.