Remastered and expanded with two new scenes, the modern animated classic about a young boy befriending a gigantic space robot returns to enchant a new generation of audiences. 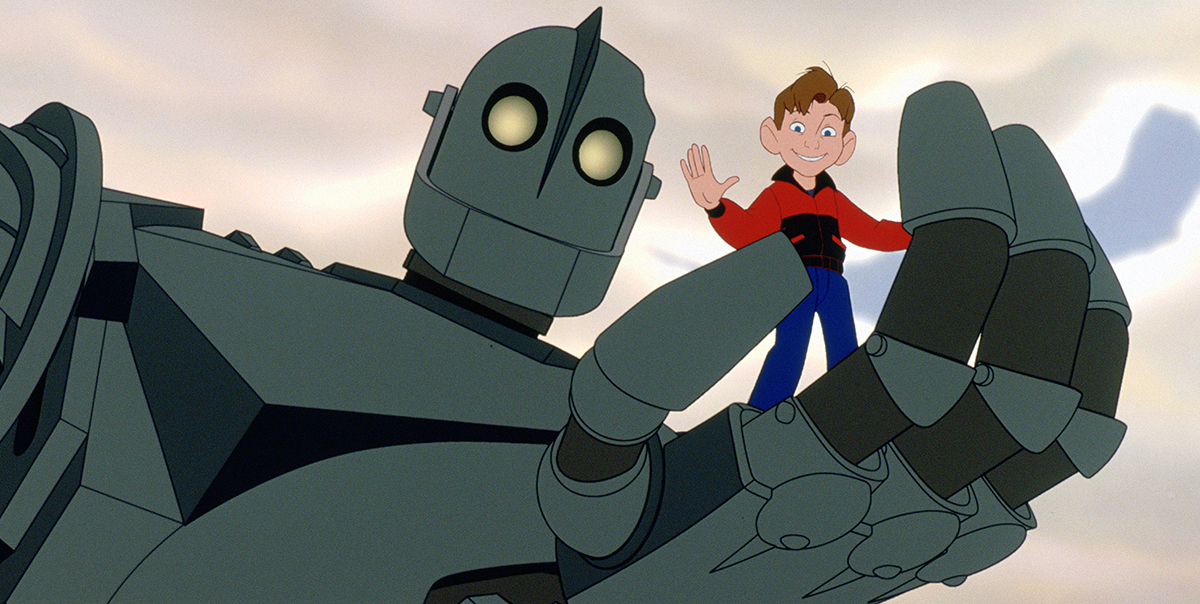 At the outset of the US-Soviet Space Race in 1957, in a small Maine town called Rockwell, nine-year-old Hogarth Hughes is an adventurous and imaginative young boy who lives at home with his single mother and dreams of having a pet of his own. One night, while his mother is working at the diner, he hears a noise and realizes his TV antenna is missing. When he goes looking for it in the woods, he comes across a fifty-foot-tall, metal-eating iron robot that has seemingly fallen from outer space. When young Hogarth helps the robot, the two form an unlikely and touching friendship. Unbeknownst to Hogarth, he isn't the only one interested in some of the strange goings-on in Rockwell. When a nosy government agent comes looking, Hogarth does everything he can to save his friend.

With The Iron Giant's Cold War setting, its blend of hand-drawn and computer-generated animation, and a voice cast that includes Jennifer Aniston, Harry Connick Jr., Eli Marienthal, and Vin Diesel, Bird delivers an incredibly powerful film that not only provides a politically charged commentary on war but also remarks on the choices that we make. Funny, intelligent, and emotionally satisfying, this classic will stay with you long after you have left the cinema.

This film is recommended for ages 7 and up.