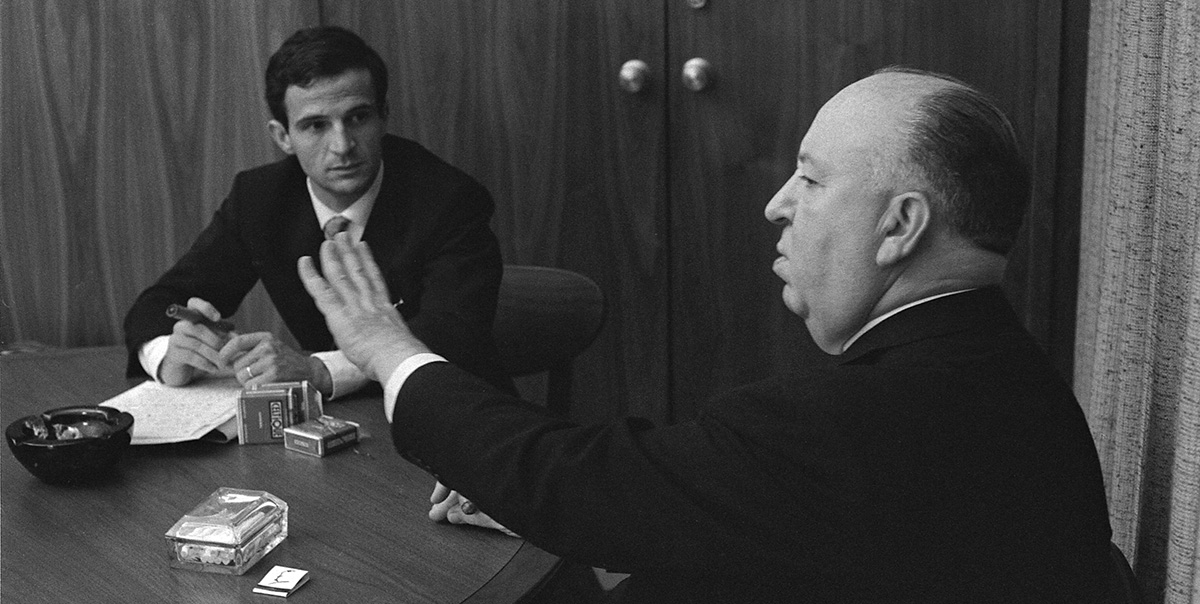 In 1962, François Truffaut conducted a week-long interview with Alfred Hitchcock, going through the master's career film by film. The resulting book, Hitchcock/Truffaut, remains one of the most influential cinema publications ever written. It was a project of lasting importance for Truffaut: seventeen years after the book's first publication in 1967 and just before his own untimely death, he went back and prepared an updated edition. This documentary deepens the legacy of the project, bringing in contemporary directors to discuss the galvanizing effects of both Truffaut's book and Hitchcock's films.

Hitchcock/Truffaut offers fascinating insights from such luminaries as Martin Scorsese (who dissects Hitchcock's shot selection in The Wrong Man), Kiyoshi Kurosawa (who analyzes the famous Cary Grant-Ingrid Bergman kiss in Notorious) and David Fincher (who reflects on the perversions of Vertigo). Director Kent Jones — a multi-hyphenated talent who serves as Director of Programming for the New York Film Festival, works on film preservation with the World Cinema Project, and writes for Film Comment and other publications — skilfully blends these observations with the original audio recordings of Hitchcock and Truffaut's interviews, along with a generous helping of film clips, to create a dialogue across generations.

Around the time of his interview with Truffaut, Hitchcock could see that film artistry was moving in new directions, and he wondered if he could adapt. Reflecting on Hitchcock's virtuosity and his limitations, while elaborating on Truffaut's probing questions about suspense, dreams, religion, and film technique, Hitchcock/Truffaut gives us an invaluable look at a great artist who was always looking forward.