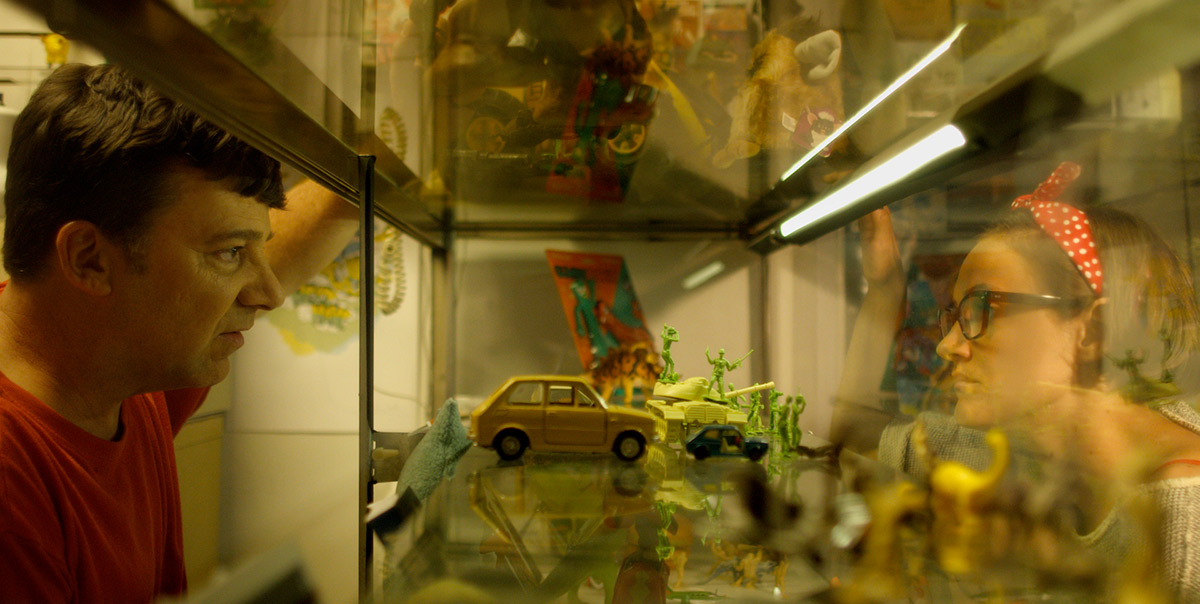 Part quirky mystery and part bittersweet, late-in-life coming-of-age story, The Missing Girl is a simultaneously charming and unsettling indie drama about growing up and facing life's weightier responsibilities. Writer and director A.D. Calvo has several horror features under his belt, but here he proves himself a truly unique voice and an intriguing talent on the US indie landscape.

Mort (Robert Longstreet) is the schlubby, disillusioned owner of a comic-book store who spends his days surrounded by first issues, collectible action figures, and original animation cels, and his nights fantasizing about his beautiful young employee, the aspiring graphic novelist Ellen (Alexia Rasmussen of PROXY, which premiered in the Vanguard programme in 2013). When Ellen doesn't show up to work one day, Mort's worry escalates into full-blown paranoia as he begins conflating her possible fate with that of a girl who went missing when he was a teen — and he finds a focus for his fears when he discovers his former high-school classmate Skippy (Eric Ladin, The Killing, Boardwalk Empire) has returned to town.

After a long string of small roles in such acclaimed US indies as Take Shelter, Ain't Them Bodies Saints, and This Is Martin Bonner, the veteran Longstreet finally steps into the spotlight as the bedraggled and often misguided Mort, and he's backed up by strong supporting turns from Kevin Corrigan, Hal Hartley regular Thomas Jay Ryan, The Wire's Sonja Sohn and the great Shirley Knight.

Under Calvo's assured direction, The Missing Girl is an incisive portrait of a man who gets trapped in adolescent desires and loses his way in the adult world.