A Muscogee ex-con living on the streets of Tulsa becomes embroiled in a fateful conflict with a local thug, in director Sterlin Harjo’s intriguing fusion of gritty realism and Indigenous legend. 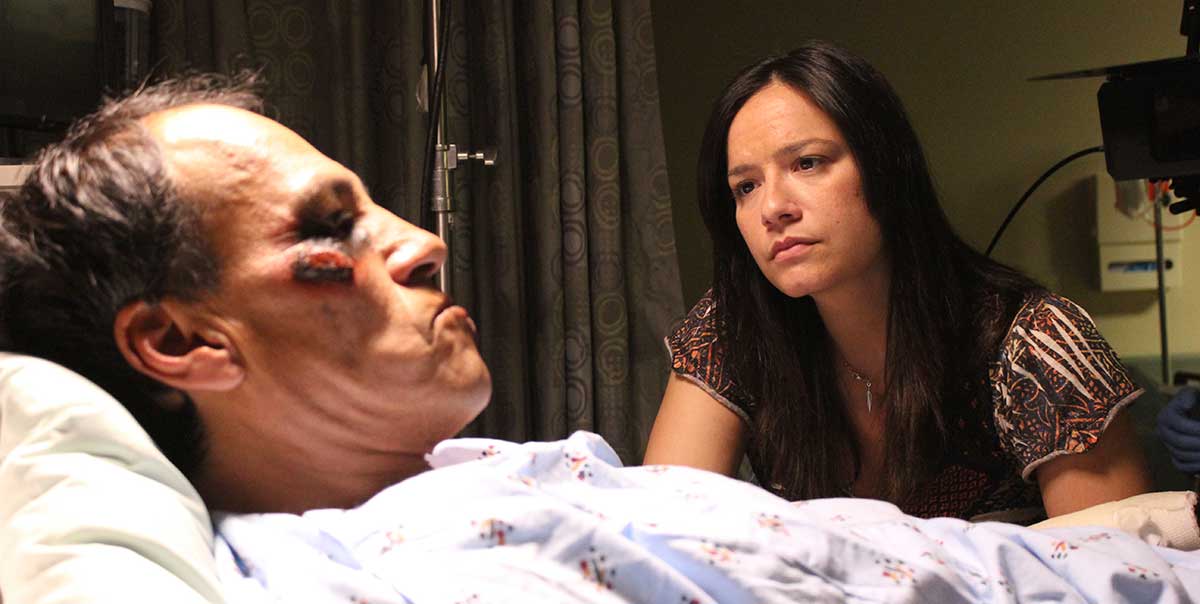 Sterlin Harjo's third feature, continuing the intimate portrayal of contemporary indigenous life begun in his previous films Four Sheets to the Wind and Barking Water, is a new entry in the canon of Indigenous New Wave cinema.

Long-time Hollywood stunt performer Rod Rondeaux plays Mekko, a Muscogee man recently released from prison after serving nineteen years for murder. Shunned by his family, Mekko winds up in Tulsa's homeless community, reuniting with an old friend, Bunnie (Wotko Long), and finding a new one in waitress Tafv (Sarah Podemski). But Mekko runs afoul of Bill (Zahn McClarnon), a terrifying thug who delivers a savage attack on Mekko and Bunnie while they sleep. Remembering a story his grandmother told him, Mekko becomes convinced that Bill is an estekini &emdah; a witch — and that, in order to bring light back into the community, he must destroy the darkness.

Filmed almost entirely on the streets of Tulsa, the film exhibits many of the Indigenous New Wave's signature traits; blending the contemporary setting with a traditional story (and enlisting Tulsa's local homeless people in the adaptation of that story), it balances realism with fantastical forays into indigenous legend. Mekko is of its community in the same way as films such as Warwick Thornton's Samson and Delilah and Jeff Barnaby's Rhymes for Young Ghouls. Building on the relatively new cinematic tradition initiated in 2001 by Atanarjuat: The Fast Runner (recently named #1 on TIFF's Canada's All-Time Top Ten list), Harjo affirms his place as one of the flag-bearers for a global indigenous cinema movement.