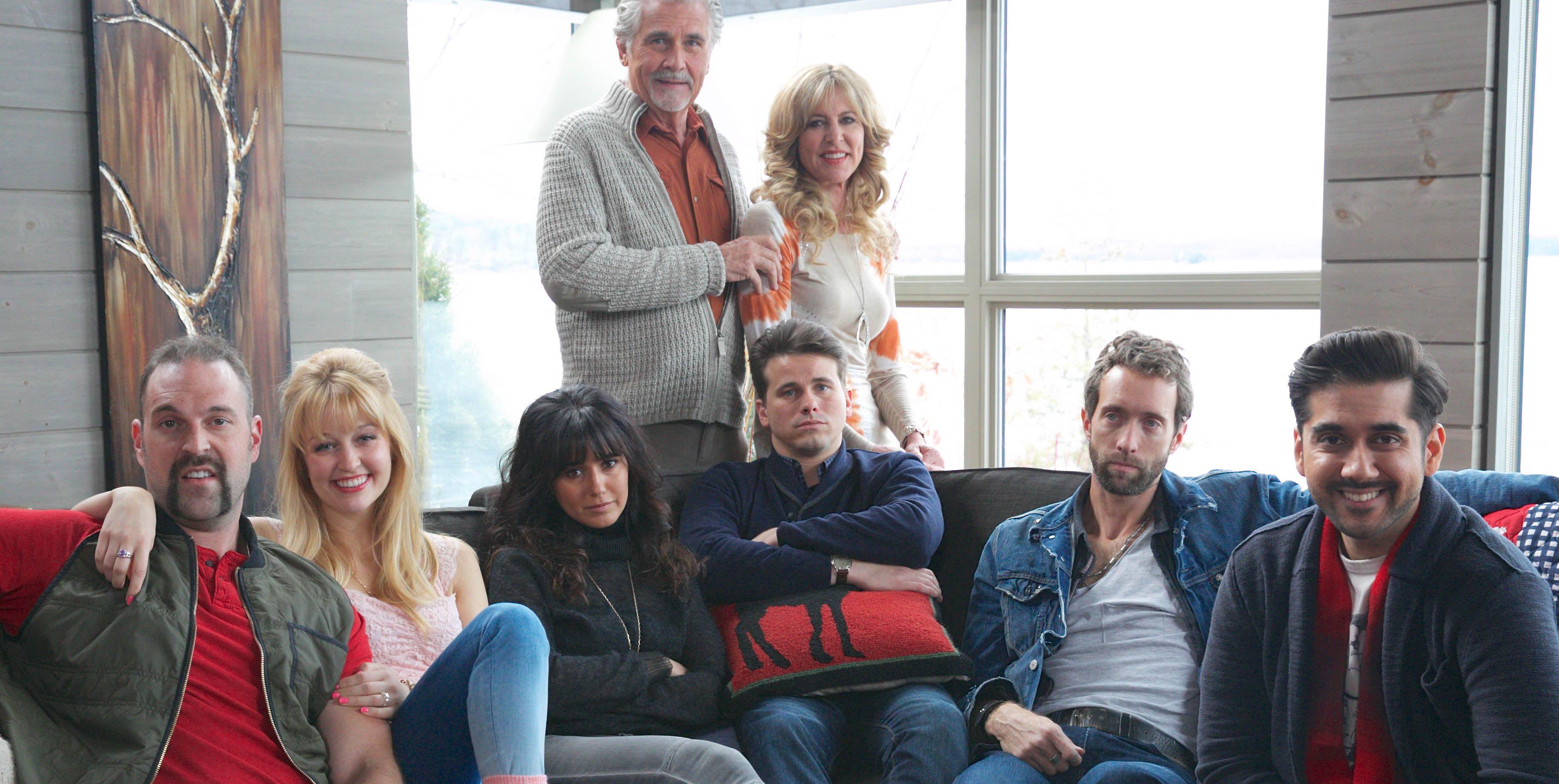 Residents of Canada and the United States generally take a certain pride in sharing the world's longest unprotected border. Close to the surface, though, lie repressed resentments and frustrations, and these are amusingly assessed within the microcosm of this step-family comedy-drama from director Andrew Currie.

As The Steps opens, we meet failed investment banker Jeff (Jason Ritter) and his party-animal sister Marla (Emmanuelle Chriqui), New Yorkers who've been invited by their publishing-magnate father, Ed (James Brolin), to visit his cottage in Northern Ontario. They're infuriated, terrified and appalled — to them, Canada is even a bigger wasteland than Wyoming. Since their father married Sherry (Christine Lahti), a woman with a chequered past and children by three different men, they've been worried they may never see any of their father's fortune.

Jeff and Marla head for Georgian Bay and find that things are worse than anticipated. Sherry's crew of offspring would have to step up their game seriously just to reach the "motley" level. Keith (Steven McCarthy) is an unemployed musician who was kicked out of the emerging band and he was in; Samir (Vinay Virmani) is a pot dealer and full-time stoner; and though eldest son David (Benjamin Arthur) may have the second-largest paintball field in all of Ontario, he also seems to have fairly serious rage issues. And now Sherry and Ed are planning on a few changes to their family that may leave Jeff and Marla out in the cold.

Mocking peculiar obsessions and peccadilloes on both sides of the border, Currie (who made the memorable zombie comedy Fido, which premiered at the Festival in 2006) and his fine cast have an enormous amount of fun skewering everything from Americans' less appealing dietary habits to Canada's love of Nickelback. Brolin and Lahti have an enormous amount of fun as love-struck newlyweds, as do Ritter and Chriqui as Ed's snotty and entitled kids, and the supporting cast attacks their roles with gusto (especially Arthur as always-angry Canadian nationalist David). As lingering bitterness and current disappointments wreak havoc in the cottage and disaster looms, threatening even Ed and Sherry's idyllic happiness, these strangers slowly, and hilariously, figure out how to become a family.