A murder investigation and an impending snowstorm places a small-town Icelandic police chief in a dangerously unstable situation with international implications, in this noir-ish thriller from director Baltasar Kormákur (101 Reykjavík, The Deep). 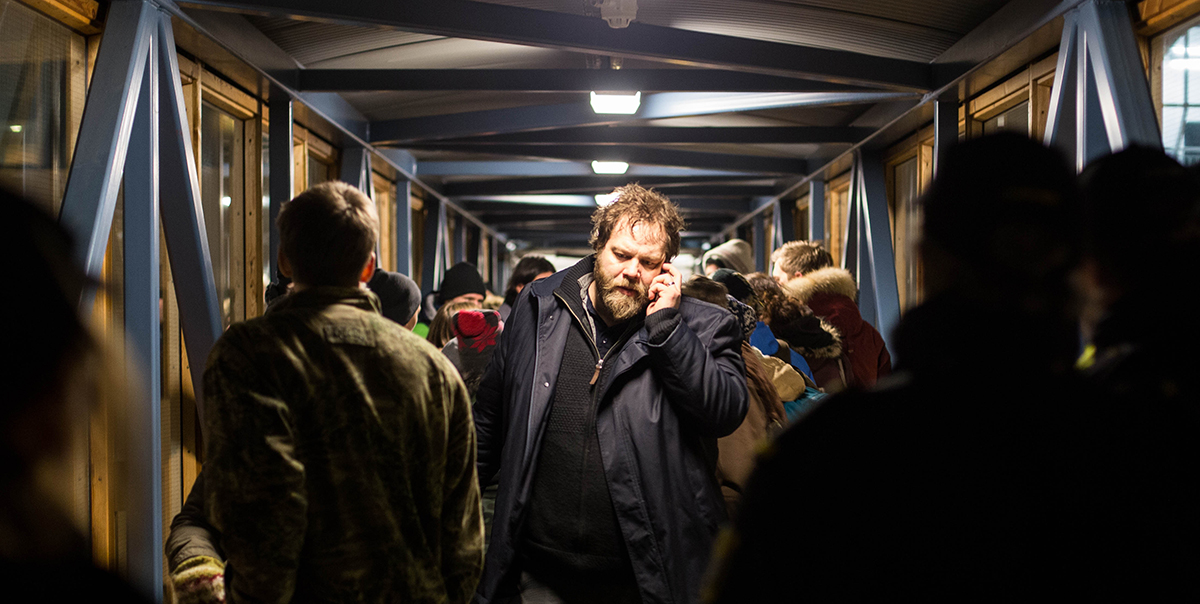 From Baltasar Kormákur, acclaimed director of 101 Reykjavík, The Deep, and this year's Everest, comes this noir about a murder investigation in a village that's been put on lockdown by forces of nature.

Andri (Ólafur Darri Ólafsson of The Deep) may be his town's chief of police, but that doesn't mean he has a lot of crime to deal with. A quiet Icelandic community on a spectacular fjord, it's a close-knit place where kids travel to school in packs through the long winters, where you know if your neighbour's ex-wife is coming to visit, where nobody's business is private. At town hall, elected officials plan to turn the place into a key international port of trade, but out on the streets, the most grievous offence that Andri has to contend with is illegal parking — until a fisherman's net snags a human torso floating off the coast.

Suspecting that a nearby Danish passenger ferry might be the site of foul play, Andri detains the boat and the onboard civilians in hope of catching the killer. But an impending snowstorm locks everyone in place, stranding the police without their expert investigation team — and when the ornery boat captain makes some brash decisions that spin things farther out of control, Andri finds himself in charge of a dangerously unstable situation with international implications.

Kormákur shows himself to be a master of tone, establishing the community's folksy charm and then transforming it into a claustrophobic nightmare as the mystery awakens some old demons from Andri's past. A human drama with a cast of complex characters entangled in the intrigue, Trapped builds a thriller scenario with a scope as wide as the ocean horizon — and then compresses it into one tiny town where there's nowhere to hide.