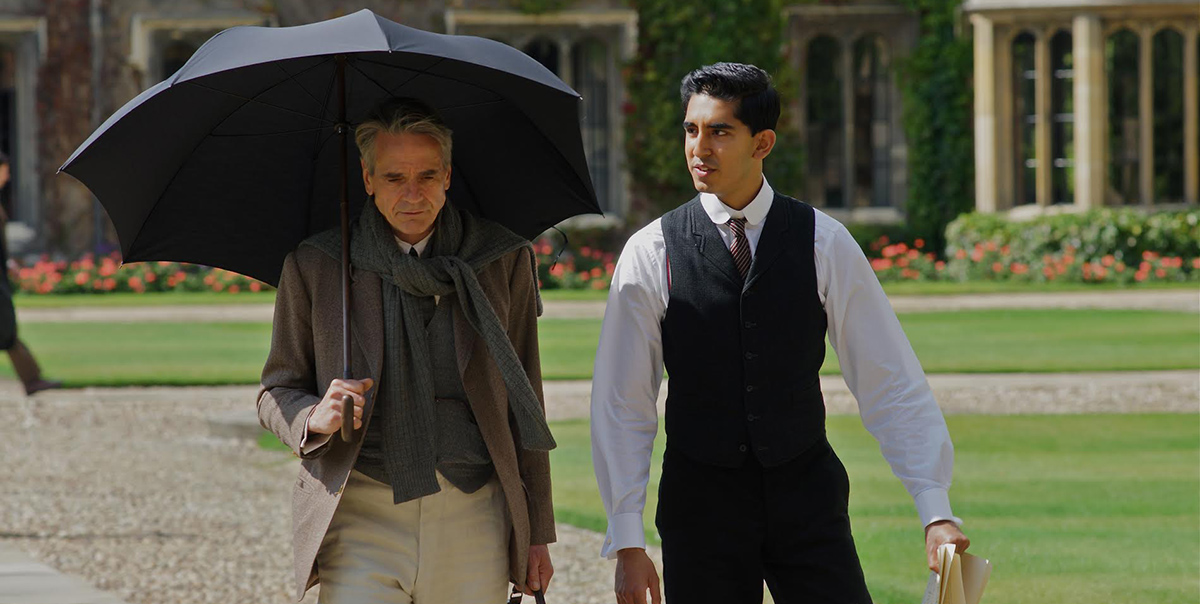 The Man Who Knew Infinity

Featuring terrific performances by Slumdog Millionaire star Dev Patel and Academy Award winner Jeremy Irons, The Man Who Knew Infinity tells the story of Srinivasa Ramanujan, the Indian mathematician whose contributions to number theory, continued fractions, and infinite series revolutionized the field. This sweeping historical film about high science and the tragic repercussions of racism amongst the ostensibly enlightened is a testament to the wonder and precariousness of genius — and the power of friendship to change the world.

Opening near the dawn of the twentieth century, the film follows Ramanujan (Patel) from his humble roots in Madras — where opportunities for someone of Ramanujan's abilities are few — to Cambridge University, where the young prodigy's visionary theories attract the attention of English mathematician G.H. Hardy (Irons). The chance to work in the same hallowed halls where Isaac Newton formulated the laws of motion and universal gravitation is a dream come true for Ramanujan, but also proves to be a sort of nightmare. His colleagues, unable to see beyond his dark skin and unfamiliar culture, harass and humiliate him, while Hardy insists that Ramanujan deliver countless proofs before being allowed to publish his work.

One of the most remarkable feats of The Man Who Knew Infinity is the way it renders Ramanujan's groundbreaking, complex theories understandable even to a layperson. But even more important is the film's depiction of Ramanujan and Hardy's difficult yet deep friendship, as they gradually evolve from stern mentor and untamable protegé to true peers, whose mutual love and respect transcend the formidable obstacles of race, class, culture, and tradition.