Conleth Hill (Game of Thrones) and Stephen Graham (Boardwalk Empire) star in this anti-bromance about an upstanding professor blackmailed into a very one-sided friendship after a lonely security guard catches him shoplifting. 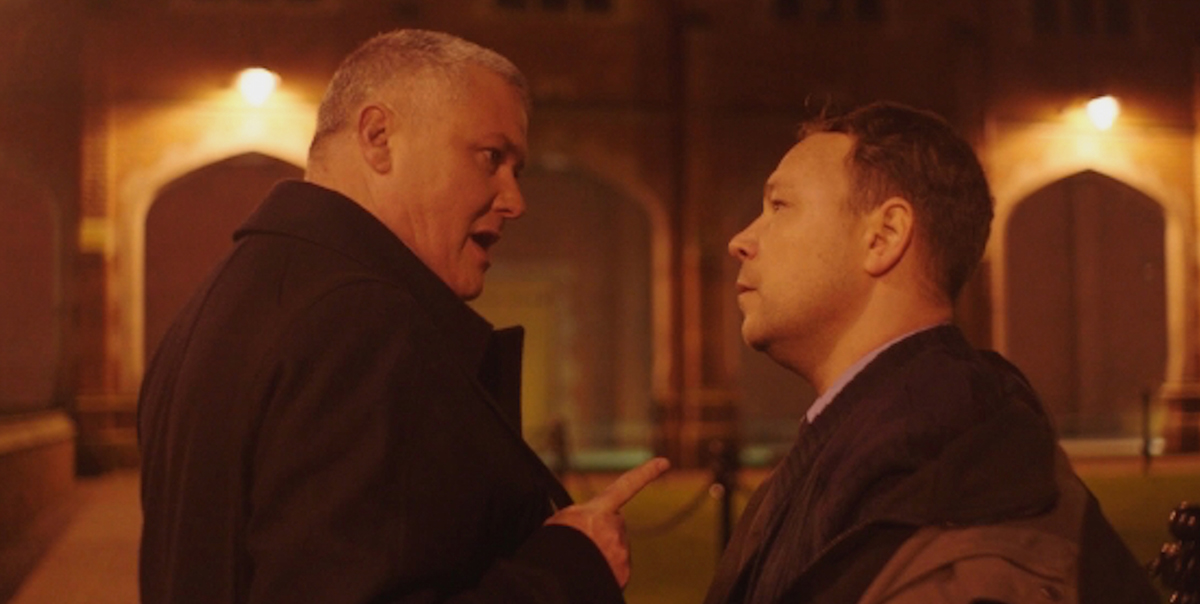 A Patch of Fog

A Patch of Fog is an unnerving thriller, a modern-day morality tale, and a kind of anti-bromance detailing the relationship between a mildly kleptomaniacal professor and a more-than-mildly troubled security guard.

Sandy Duffy (Conleth Hill, Game of Thrones) leads a comfortable life in Belfast. He is a university professor and a regular guest on a popular television arts program, and his one novel, though published many years ago, is still in print and regarded a classic. But Sandy has a habit of nicking things. Shoplifting has become the one little thrill in his overly domesticated life — but when Sandy gets caught by security guard Robert (Stephen Graham, Boardwalk Empire), that life is turned inside out.

Robert lets Sandy go on the condition that they share a drink after work, but one drink quickly turns into a string of rendezvous as Robert reveals just how desperately lonely he is — and how determined to fashion Sandy into the best friend he never had. He audits Sandy's class, worms his way into Sandy's social calendar, and finds ways to get close to Sandy's girlfriend, Lucy (Lara Pulver). Every time the beleaguered professor is certain he's shaken off his blackmailer, he is reminded that, in a world where much of what we do is captured on camera, it's hard to avoid leaving a trail.

Michael Lennox's short film Boogaloo and Graham was nominated for an Academy Award this year, and he follows this success with an auspicious feature debut. Taut, twisty, and riddled with tension, A Patch of Fog seizes you in its opening scenes and keeps you in its grips till its mist-choked finale, in which Sandy's life becomes far stranger — and more sinister — than anything in his fiction.