Lauded director Amos Gitaï (Kippur) delves into the prelude and aftermath of the 1995 assassination of Israeli Prime Minister Yitzhak Rabin in this gripping docudrama. 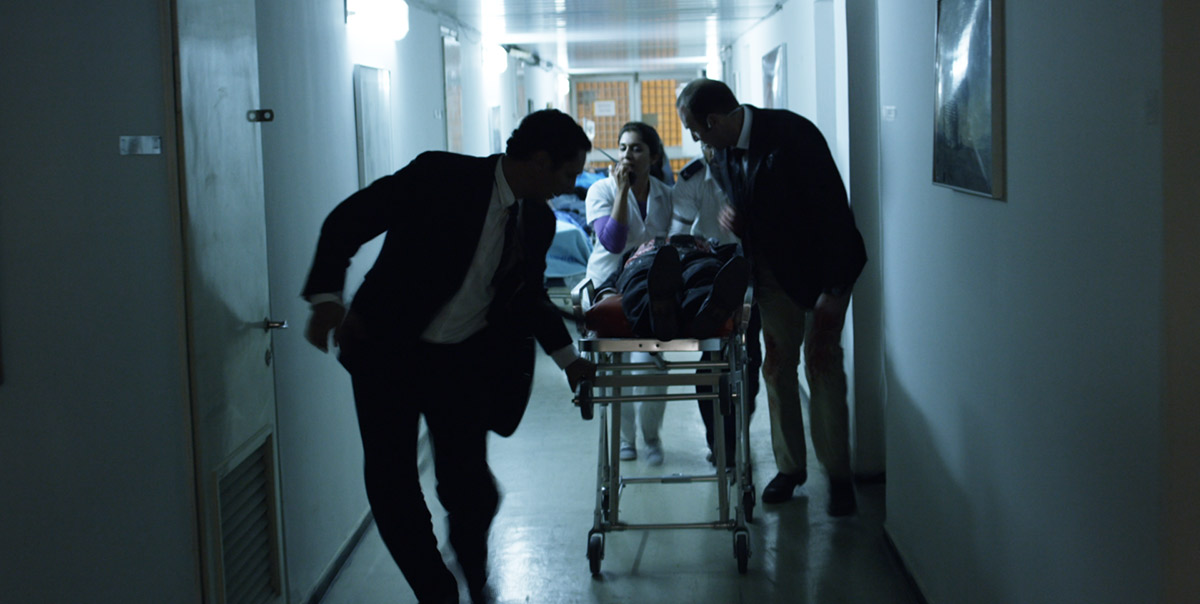 For many Israelis, the assassination of Prime Minister Yitzhak Rabin in 1995 marked a grim turning point for their country. In the words of the commission set up to investigate the murder, "Israeli society [would] never be the same again. As a democracy, political assassination was not part of our culture." In the eyes of even more people, the murder ended all hope for the Israeli-Palestinian peace process through the Oslo Accords and altered the course of history. But, as Amos Gitaï sets out to prove in his brave and provocative new film, Rabin's assassination was not just the act of one fanatic; it was the culmination of a hate campaign that emanated from the rabbis and public figures of Israel's far right.

Gitaï has done an immense amount of research on the subject, digging deep into the precursors to the assassination. The mandate of the official Commission of Inquiry was severely limited; to Gitaï, Rabin, the Last Day is meant to be the inquiry that wasn't, and he is determined to provide a wider context. While he mixes in documentary footage and occasional interviews with key figures (among them Shimon Peres and the PM's late widow, Leah Rabin), most of the film is a dramatic re-enactment of the investigation, the hearings, and the testimony of Rabin's assassin, Yigal Amir. Basing every line of dialogue on documentary evidence (including a full transcript of the Shamgar Commission hearing), the director probes the collective psyche of a country so divided that certain elements would stop at nothing to get their way.

Gitaï broadens his net, too, touching on the issue of the controversial settlements as well as the anti-Rabin invective that came from certain synagogues and the mouths of rival politicians. Rarely has such an important historical figure, and event, been given such respect from a filmmaker. The revelations in Rabin are spellbinding.