Dutch writer-director-actor Alex van Warmerdam (Borgman) returns with this wickedly inspired black comedy about two contract killers who are pitted against each other. 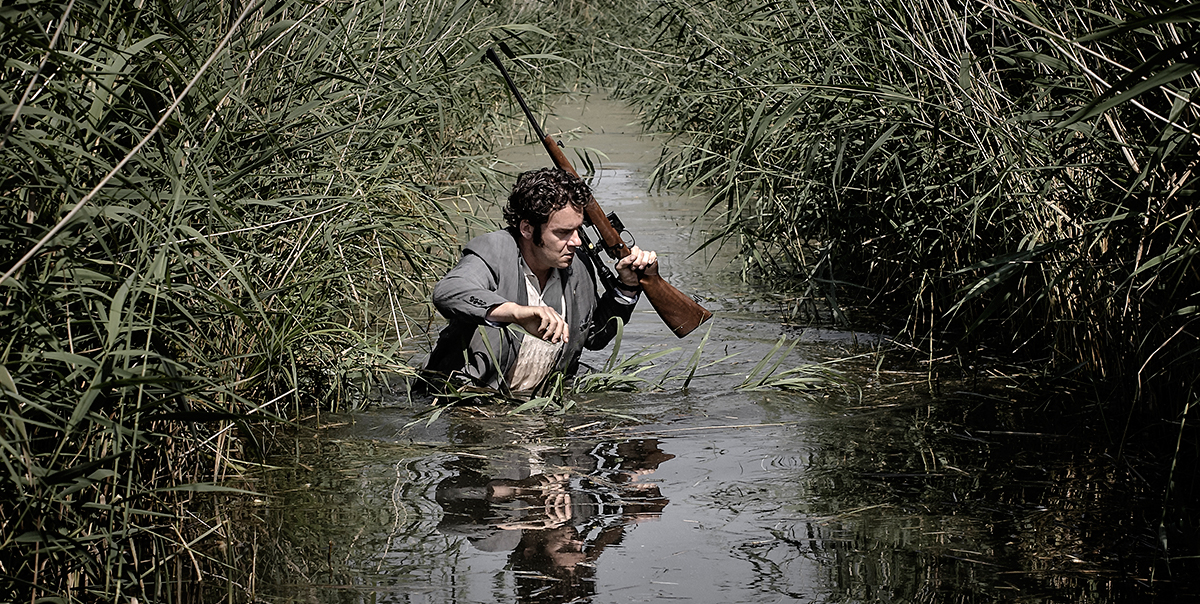 Dutch writer-director-actor Alex van Warmerdam (Borgman) is back with a wickedly inspired black comedy that pits two strangers against one another in a showdown riddled with unforeseen obstacles. In Schneider vs. Bax, a seemingly straightforward crime-thriller plot transforms into a sinister game in which the stakes are a matter of life and death.

Schneider (Tom Dewispelaere) begins his birthday in bliss. His adorable little girls sing him awake while his pretty wife plans a dinner party in his honour. Then Schneider gets a call about a job that just won't wait. Mertens (Eugene Bervoets) needs Schneider to liquidate a novelist. It's a no-brainer: the target lives alone in a little house by a lake. Schneider should be done by noon.

Bax (van Warmerdam) is awakened by his girlfriend, whom he promptly instructs to get out. His emotionally unstable daughter Francisca (Maria Kraakman) is coming over today, and he doesn't need distractions. Then Bax gets a call that threatens to spoil everything. Someone is coming to Bax's lakeside house, explains Mertens, and that someone needs to be liquidated. Bax may be known as a novelist, but he knows a thing or two about doling out death.

Neither of Schneider vs. Bax's eponymous contract killers knows he's being played — and neither will have an easy time fulfilling his duty. Interruptions abound: Schneider receives an unexpected visit from a sex worker attempting to flee her pimp, while Bax has to contend with a drop-in from a salacious old friend. Disguises are donned, drugs are consumed, and complications accumulate as the game builds to its inventive, brutal, and wholly satisfying climax.