A drone operator tries to deal with his guilt after an air strike gone wrong, in this enigmatic drama from Dutch director David Verbeek. 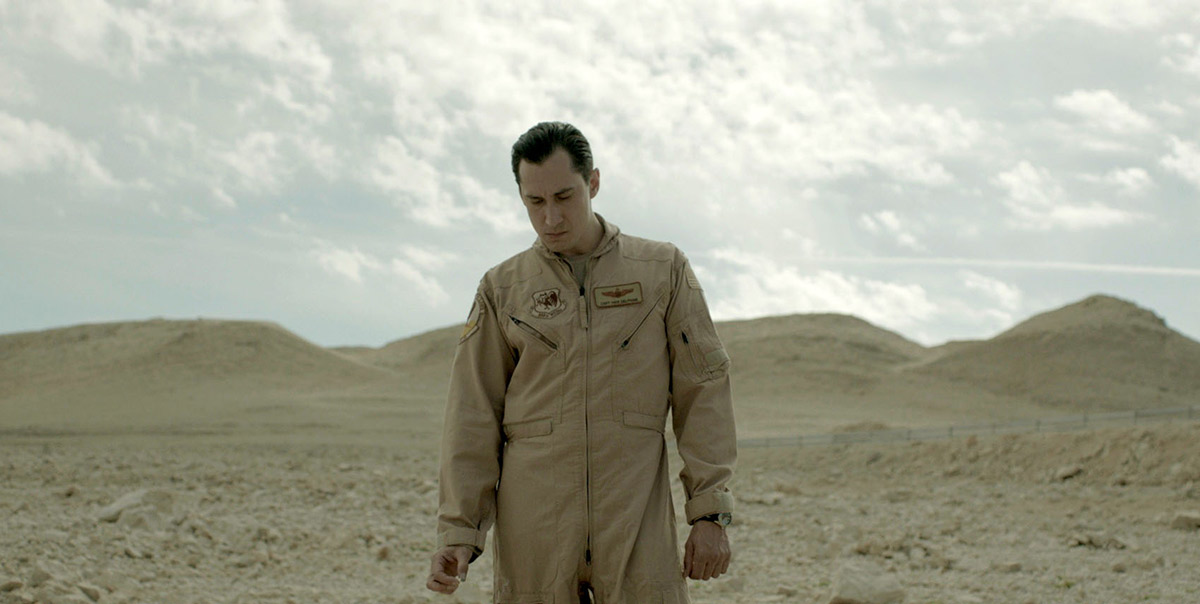 The hypnotic new psychological thriller from director David Verbeek is a startling and extremely unsettling look at a modern man caught in a puzzle that may or may not be of his own making. Verbeek presents the audience with a veritable Rubik's Cube of a movie that is destined to be the subject of much analysis due to its form of storytelling. Each viewer's response is bound to be different.

Full Contact drills into the world — and deep into the psyche — of a drone navigator who, from his base in the Nevada desert, conducts surgical missile strikes against targets in Afghanistan and Pakistan. Maintaining a distance from his targets that is psychological as well as geographic, Ivan (Grégoire Colin) walks away from these daily missions and spends his off-hours in strip clubs. Until, one day, he hits the wrong location, triggering within him a wave of guilt that sends him reeling into the arms of both a military psychologist and a Vegas stripper. But this is just the start of a psychic odyssey that is unpredictable, moving, and illuminating.

There's a force and authority to Full Contact: it's wonderfully constructed, with vivid photography and impressive, Lynchian transitions that provoke new trains of thought. The filmmaker's control is of the essence here. Verbeek captures the robotic, depersonalized behaviour of a man who kills people from the safety of a control centre 12,000 kilometres away, which is a challenge in itself. To deconstruct that character's personality is an even bigger challenge, and Ivan's mind, his very existence, is brilliantly broken down for us to reassemble in our interpretations. This is an ingenious, provocative work.