Fleeing from the scene of a terrible crime, a young woman embarks on a life-changing road trip across California and Nevada, in this drama starring Diane Kruger, Lena Dunham and Norman Reedus. 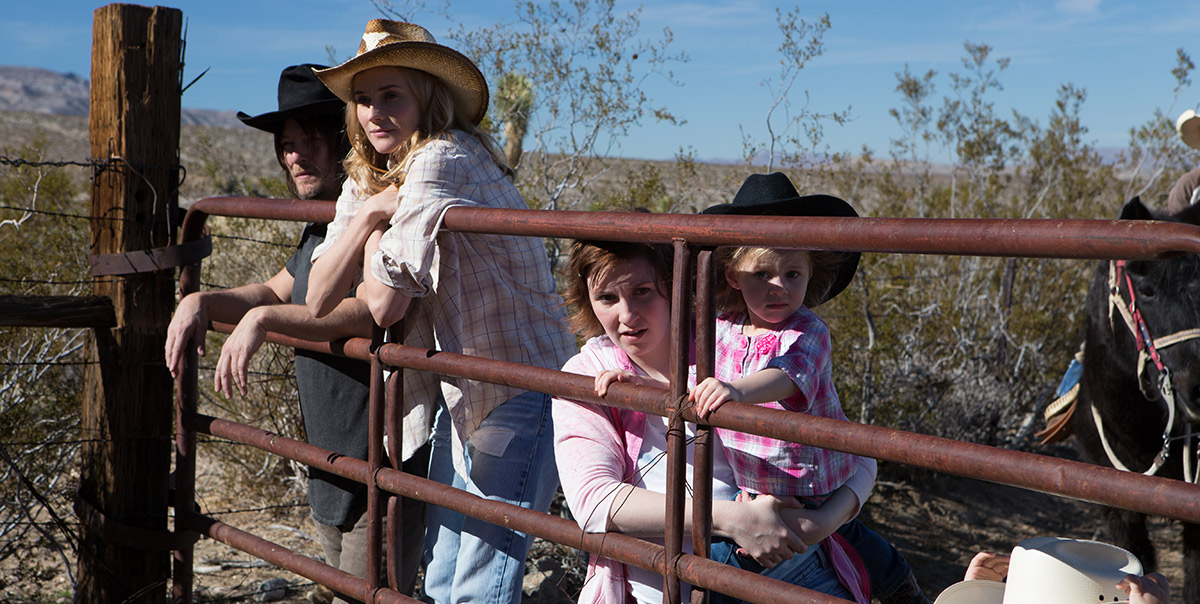 Romy (Diane Kruger) and Richard (Gilles Lellouche) are a French couple on vacation in America. They play at being free and wild in the California desert, but can't escape the shadow hanging over their relationship. A drunken night in a bar leads to a violent confrontation. Romy sees a chance to remake her life.

While working within the tradition of the road movie, director Fabienne Berthaud brings a uniquely compelling touch to the genre. Toying with conventions — especially those that have to do with a woman traveling alone — Berthaud evokes a deep sense of dislocation. Romy continually shifts from one locale to the next as Berthaud's restless camera follows. And she meets plenty of people along the way: a sympathetic police officer (Joshua Jackson) in a small-town police station, a cowboy (Norman Reedus) on the Vegas strip, and, in a dust-encrusted trailer park, a perennially pregnant young woman (Lena Dunham) who refuses to be worn down by her bleak surroundings.

Berthaud's third feature, which she also co-wrote, resonates far beyond the individual scope of Romy's struggle. It's at once a story of one woman's emancipation and a fascinating depiction of a segment of American society. Poetic and personal, romantic but never sentimental, Sky nimbly shifts focus back and forth between its protagonist's concerns and the wild landscape that gradually becomes a place she can call home. This is a remarkable film from an emerging French auteur.