Director and star Rabah Ameur-Zaïmeche reimagines the tale of the Biblical traitor in this stunningly shot historical drama. 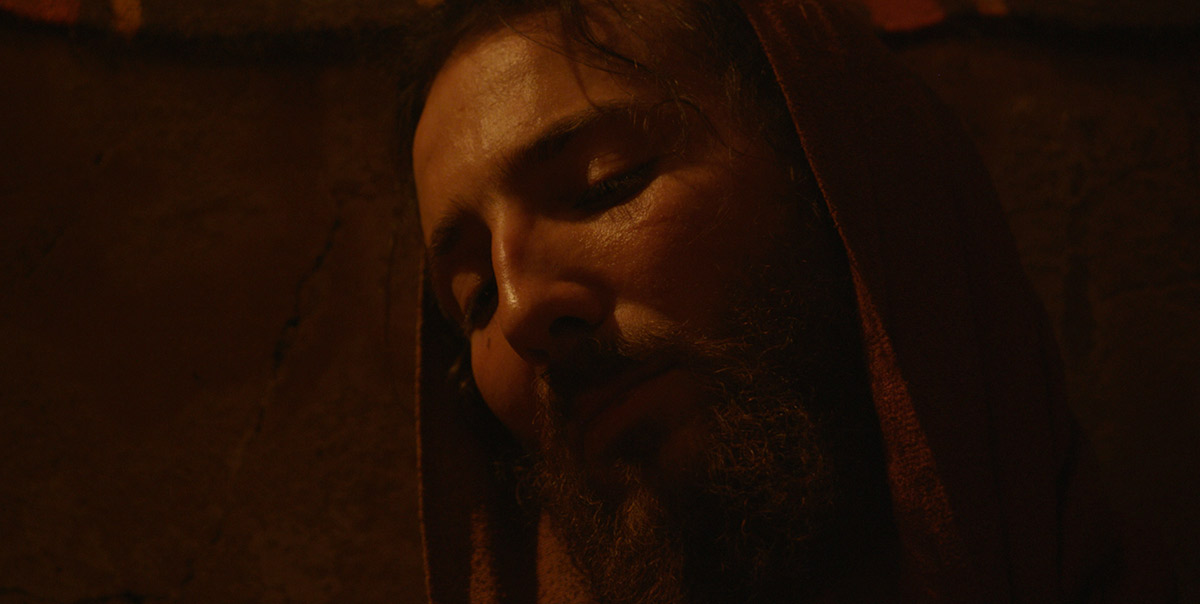 The biblical character of Judas Iscariot has been a focus of anti-Semitic prejudice throughout history. Compelled by an urgent desire to reimagine this contentious figure, director Rabah Ameur-Zaïmeche offers a brave retelling of the story in which Judas is no traitor; rather, it is his very fidelity that ultimately condemns him to centuries of vilification.

In Roman-occupied Judea, the belief that the end of days is near prevails. Jesus (Nabil Djedouani), a light and guide to his people in troubled times, refuses to have his words and actions inscribed in stone or on parchment; he does not want them to become dogma, to be appropriated as an instrument of manipulation or domination. Jesus' closest disciple, Judas (Ameur-Zaïmeche), holds the spiritual secrets of his master. As the guardian of Jesus' divine mission, Judas finds himself entrusted with a perilous task: locating and destroying a gospel that was clandestinely scripted by one of the other disciples, against Jesus' will.

Shot in the timeless landscape of the eastern Algerian desert by Ameur-Zaïmeche's long-time cinematographer, Irina Lubtchansky, Histoire de Judas draws inspiration from sources as diverse as the paintings of Caravaggio, Rembrandt, and Holbein, Carl Dreyer's unrealized Jesus of Nazareth, and Mikhaïl Bulgakov's The Master and Margarita. The entire cast delivers compelling performances, and Ameur-Zaïmeche himself proves not just a superb director but also a riveting onscreen presence in the role of Judas. Histoire de Judas is his boldest film to date — an exhilarating proof of cinema's power to blunt intolerance and obscurantism.