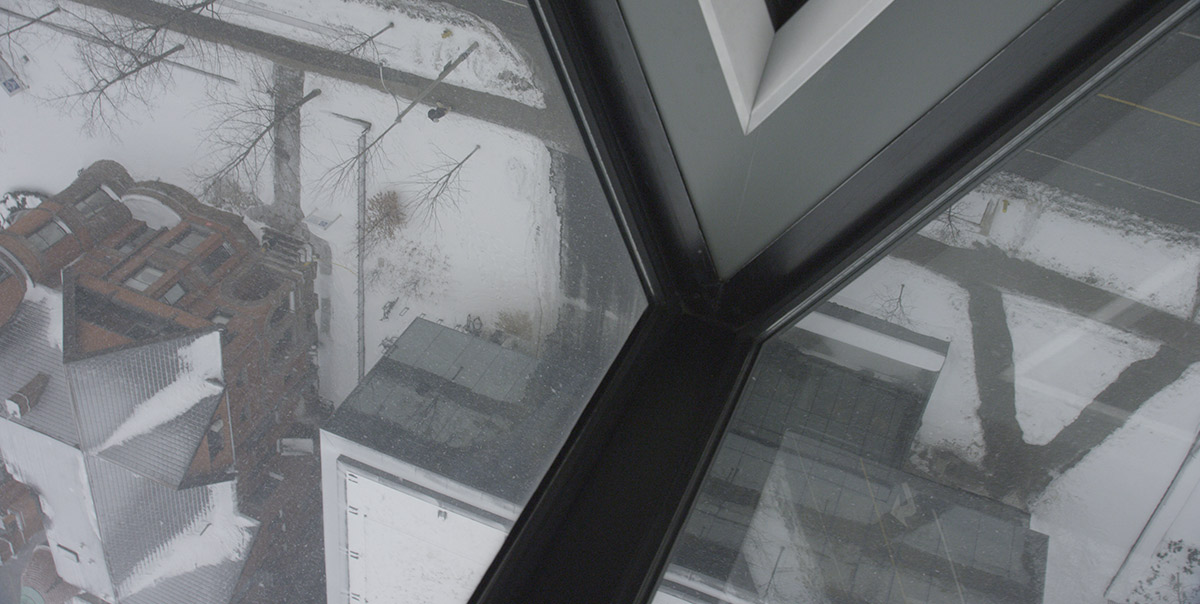 Acclaimed Canadian contemporary artist Mark Lewis is best known for his rigourous and formally beautiful film and video installations, which evince a keen fascination for the juncture of cinema and urban modernity. Drawing on the tradition of structural avant-garde filmmaking (Michael Snow is a major influence) and the staged, photo-conceptual tendencies of the so-called Vancouver School, Lewis' films are complex, choreographed creations that employ a full array of camera movement — zooms, pans, tilts, and tracking shots — to elicit strong, even vertiginous phenomenological responses in the viewer.

While Lewis has made films for the cinema before (Cinema Museum, Backstory), his first feature-length work extends his signature aesthetic of silent long takes into a mesmerizing, suspenseful excursion through time and space — and into the heart of cinema. In Invention, Lewis draws upon one of the foundational genres of cinematic modernism: the "city symphony" film exemplified by Vertov's Man with a Movie Camera and Walter Ruttmann's Berlin, Symphony of a Great City, films that explicitly link the coincident emergence of the motion picture and the urban metropolis.

Leading us on a breathtaking tour through Toronto, São Paolo, and Paris' Musée du Louvre, Invention boldly posits the modern city as the prototype for cinema in its perspectival play, panoply of reflective surfaces, and dramatic contrasts of light and shadow. Ascribing sentience to the medium itself rather than the viewer — at one point, a pause on Jean-Baptiste-Siméon Chardin's Child with Spinning Top reminds us of the powers of animism inherent in the inorganic — Lewis prompts us to experience the wonder and awe of moving images not from the subjective/voyeuristic perspective provided by our assorted mobile devices, but as if we are a disembodied presence navigating our way through modernist form.