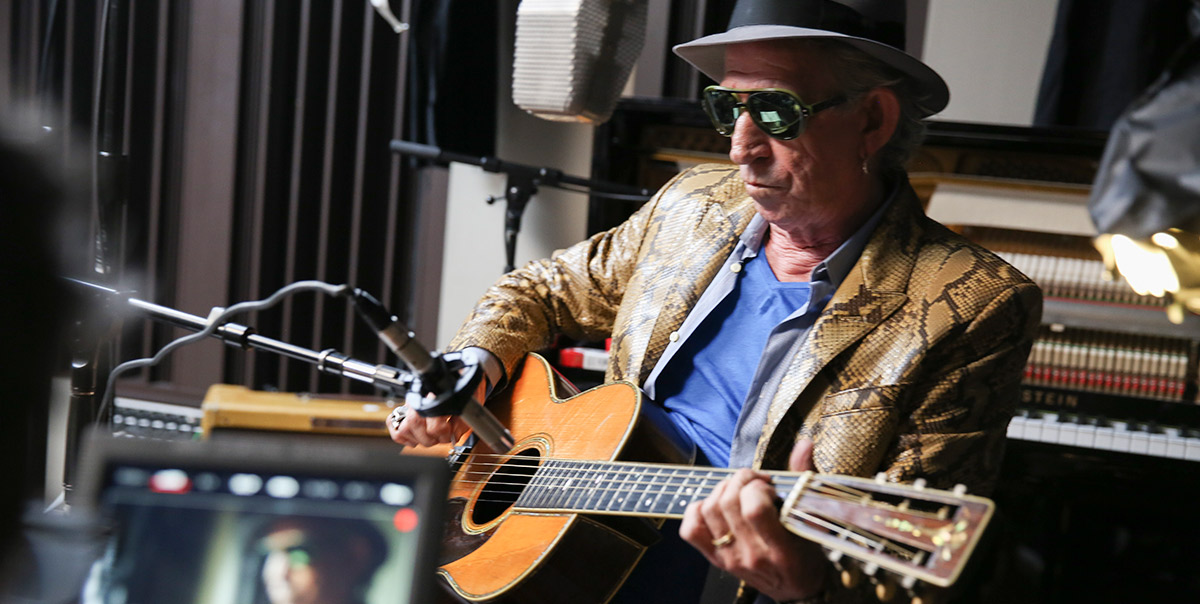 Keith Richards: Under the Influence

"I'm not getting old, I'm evolving," says Keith Richards in this intimate documentary, which follows him on the road during the creation of his first solo album in twenty-three years, Crosseyed Heart.

The Rolling Stones guitarist is one of the chief architects of rock 'n' roll, and this film traces the sources of his inspirations — electric blues, country honky-tonk, southern soul, and more. Richards has typically been known as a tough interview, but here, in conversations with director Morgan Neville, he comes across as reflective, funny, and poignant. Neville and his crew sit in on the New York recording sessions for Crosseyed Heart and speak with Richards' musical collaborators, who include Tom Waits and musician/ co-producers Steve Jordan and Waddy Wachtel. They also journey to Chicago — where Richards first encountered Buddy Guy, Muddy Waters, Howlin' Wolf, and the hallowed studios of Chess Records — and to Nashville, where he explores his long love of country music.

With a film career steeped in music history, Neville is a perfect match for the subject, having directed the documentary The Music of Strangers: Yo-Yo Ma and the Silk Road Ensemble (also playing in this year's Festival) and the Academy Award-winning Twenty Feet from Stardom. In Keith Richards: Under the Influence, he partners with cinematographer Igor Martinovic — who employs a set of vintage lenses rarely used in documentaries — and sets Richards' words to exquisite images.

Longtime fans will remember that Richards has a storied history in Toronto, including the Stones' live recordings at the El Mocambo and the 1977 drug bust which cast his future in doubt. Keith Richards: Under the Influence is evidence of how much he still has to offer.

Following the film's world premiere, Richards will take the stage with director Morgan Neville for a live conversation.