In the touching new film from Italian master Nanni Moretti, a harried filmmaker tries to juggle the production of her new film with visits to the bedside of her dying mother. 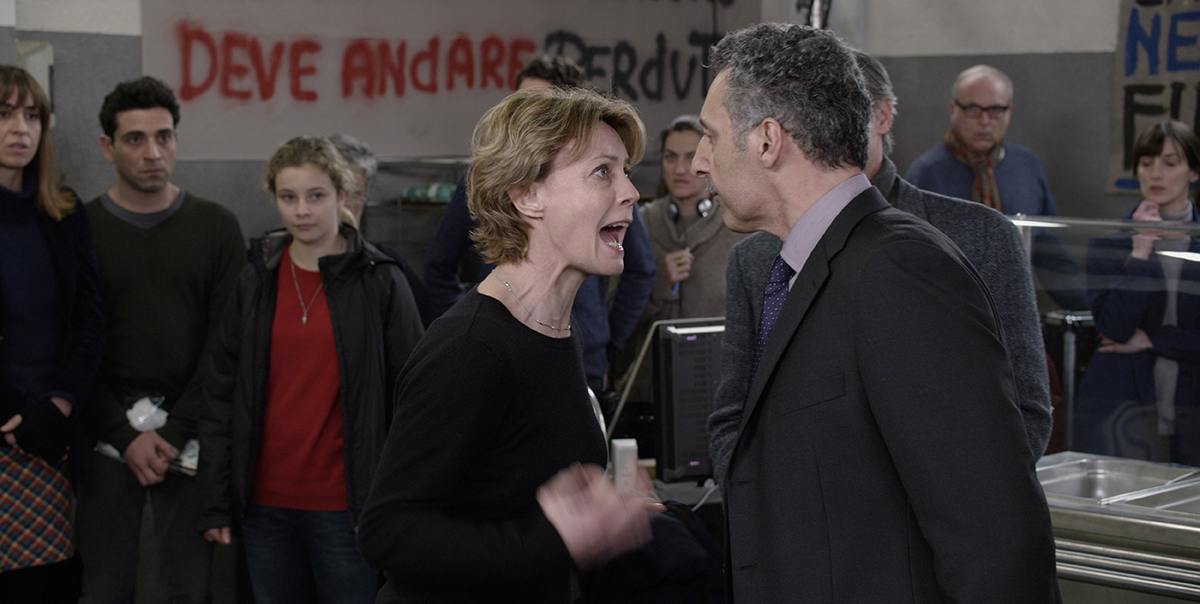 Aging and parental death have been at the heart of many recent films but, not surprisingly, the latest work from Nanni Moretti takes a distinctly different approach. If most films dealing with aging and death are sombre and melancholic, My Mother adds large doses of glorious, anarchic comedy. In fact, the film oscillates between extremes, making metaphysical points along the way about how mourning and joy can be inextricably intertwined.

The film's story has a clear autobiographical bent: a filmmaker juggles production on a new film with trips to the hospital bedside of a dying mother. But director/actor Moretti gives the filmmaker role not to himself, as one might expect, but to the charismatic Margherita Buy. He steps into a secondary role as the brother/son who does much of the caregiving while his sister runs between film set and hospital, trying frantically to be both a consummate professional and a dutiful daughter. What also elevates this film into a gentle kind of feminist manifesto is not just Buy's character, but also that of the mother (Giulia Lazzarini), a retired teacher of classical literature. These strong women form the centre of My Mother. Moretti displaces himself further by giving the major male part to John Turturro, who plays the brash, outsized American star of the film-within-a-film with great comic flourish.

My Mother finds Moretti at the height of his powers. A comedy-drama inflected with a quiet sense of grief, it's a work that revels in human imperfections — in people who simply can't stop being who they are: selfish and spoilt, yet still very endearing. Moretti celebrates both the best and worst in all of us.