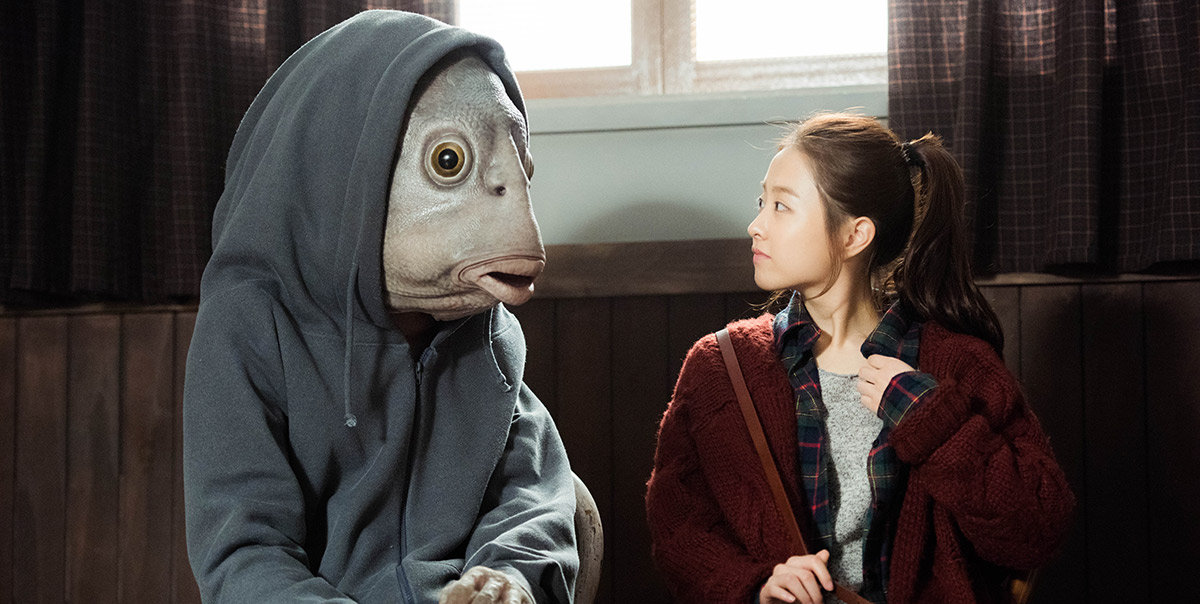 A hilarious social satire about a hapless mutant's meteoric rise to celebrity — and subsequent fall from grace — Collective Invention is the hugely imaginative feature debut from South Korea's Kwon Oh-kwang.

It all starts when idealistic aspiring journalist Sang-won (Lee Chun-hee) accepts an on-spec assignment to investigate what is surely an urban legend: the rumour of a man who turned into a fish after participating in clinical trials for a major pharmaceutical company. It's only upon interviewing the irreverent Ju-jin (Park Bo-young) that Sang-won discovers the legend is all too real: Ju-jin's boyfriend Gu (Lee Kwang-soo) is a bona fide fish-man, complete with webbed fingers and a giant fish head. Gu rapidly becomes a media sensation, and an enterprising young human-rights lawyer endeavours to nail the scientists who rendered him a monster — though there are others who feel they deserve the Nobel Prize. It's only upon reaching the height of his fame that Gu is caught doing something that reminds his fans that, for all his outward weirdness, he is all too human and perhaps not as perfect a role model as the world wants him to be.

Hero or con man? Victim or poseur? The more his renown grows, the more Gu comes to represent whatever is projected upon him

Riddled with witty twists and goofy detours, Collective Invention examines how popular culture operates by its own capricious logic, and proposes that our best option is to flee the hype and simply get on with life — no matter how wacky that life becomes.