A young ex-soldier suffering from PTSD (Matthias Schonaerts) protects a beautiful woman (Diane Kruger) and her child from a brutal home invasion, in this masterfully engineered thriller from director Alice Winocour (Augustine). 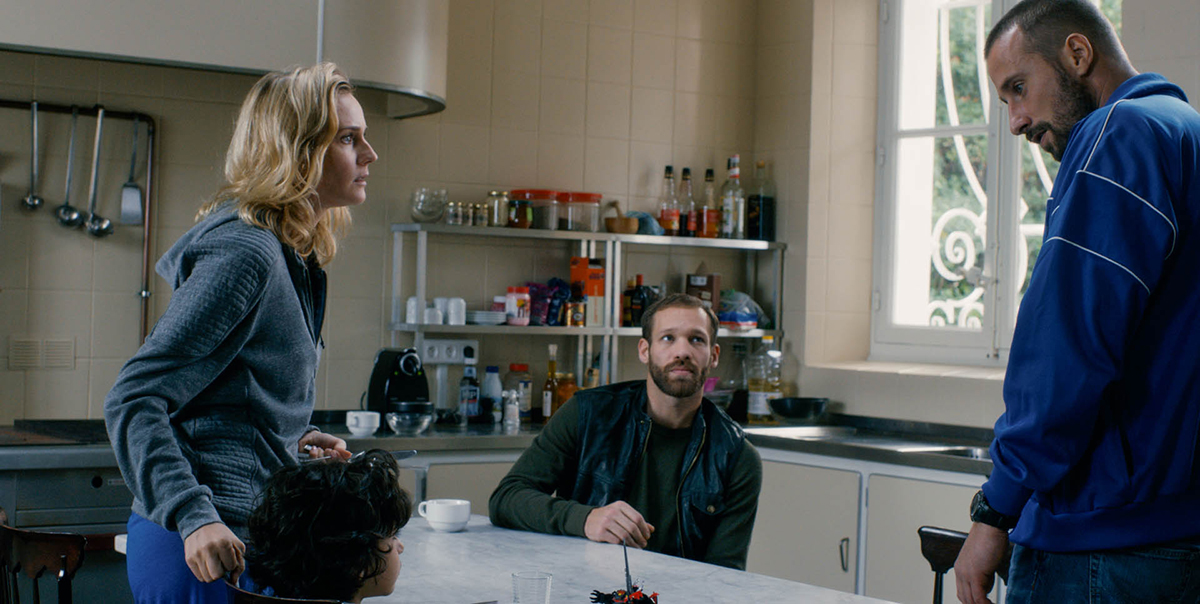 Featuring the chameleonic Matthias Schoenaerts (also onscreen at this year's Festival in The Danish Girl) and the ultra-cool Diane Kruger (appearing at the Festival in Sky), Disorder is a sleekly machined piece of superior entertainment. In her second feature, director Alice Winocour (who co-wrote the Special Presentations selection Mustang) revs up the tension and then releases it in a bracing display of technical prowess. With a tip of the hat to Sam Peckinpah's Straw Dogs, Winocour puts a singular spin on the home-invasion movie.

Disorder centres on a young ex-soldier, Vincent (Schoenaerts), recently returned from combat and suffering from post-traumatic stress disorder. Lost and aimless, willing to do any work that might come his way, he takes a job as a security guard for a lavish party hosted at "Maryland," a luxurious seaside villa. His eyes settle on the beautiful hostess, Jessie (Kruger) — while his ears overhear matters that are none of his business. When Jessie's husband travels to Geneva on business, Vincent is taken on as bodyguard for Jessie and her child. It is not long before he perceives a threat, and must draw on his military training to keep the three of them one step ahead of danger.

Disorder is far more than just an efficient, well-made thriller; it's a study of the trauma experienced by combat soldiers. Vincent is a silent volcano threatening to erupt, and Jessie may or may not be his lifeline out of this morass. Winocour shows her mastery of nerve-wracking suspense and psychological drama alike as she guides us through the labyrinth of her story.