A legendary, reclusive music producer (Rhys Ifans) has his shut-in routine disturbed by the unexpected arrival of his aspiring musician son (Jack Kilmer) and a troubled bubblegum-pop superstar (Juno Temple). 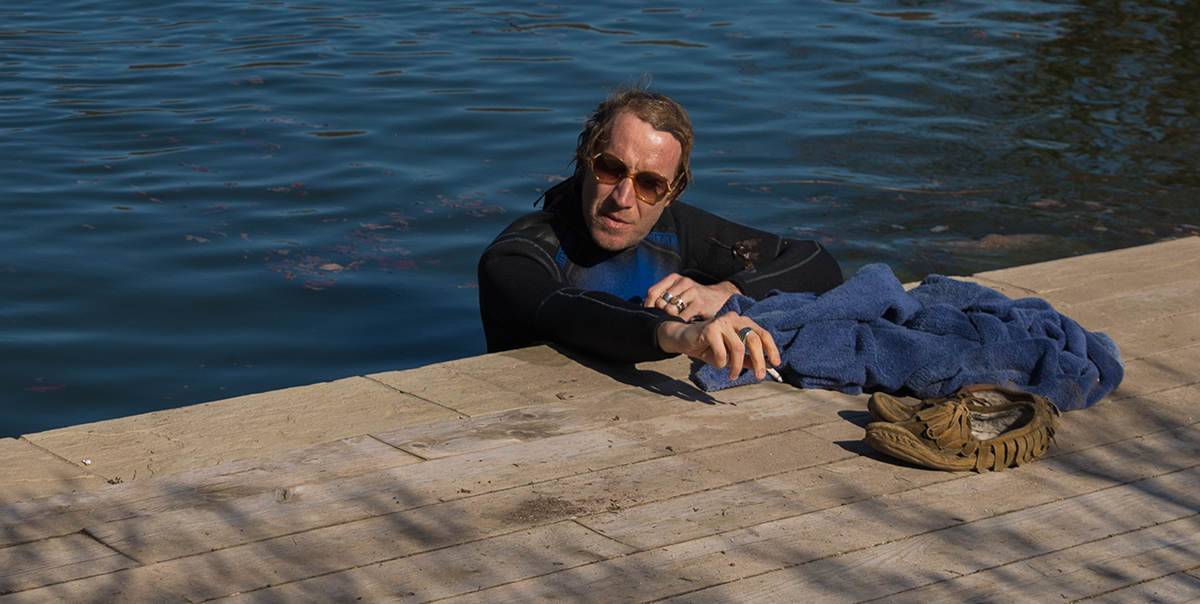 Mega-successful middle-aged music producer Len (Rhys Ifans) is a human Gatling gun spraying bile and disenchantment at the entire world. He's worked his way from childhood poverty to fame and fortune, only to find it colossally disappointing ("I'm just a rich old bastard with loads of fucking T-shirts"). After he has a meltdown on a globally televised awards show, Len retreats to the bucolic seclusion of his Upstate New York retreat, where his only interactions are with his lap pool and his neighbour's teenage son, William (Keir Gilchrist), who earns money doing odd jobs around the place.

His prickliness momentarily quelled by his surroundings, Len is nevertheless unimpressed by the arrival of his introverted college dropout of a son, Max (Jack Kilmer). Max has ambitions for his own folk-rock band, and is desperate for his father's approval but too terrified to even give him a demo. Then, in drops the ebullient Zoe (Juno Temple), a Miley Cyrus-style pop sensation whose entire career has been orchestrated by Len. Still burning with the humiliation that Len heaped upon her at the awards show, she comes in search of answers — or perhaps a sanctuary of her own. But the place will prove a safe haven for no one when a shocking event from outside the acreage forces Len to turn his gaze upon something other than his navel.

Ifans turns things up to eleven with his embodiment of a man who yearns for the electricity of his rock'n'roll youth ("blood, bourbon, and napalm") and finds everyone wanting in every way possible. Darkly comic, beautifully photographed, and impeccably directed by Tim Godsall, Len and Company makes few concessions to sentimentality — and that's exactly what Len would want.