The astonishing feature debut by director Robert Eggers evokes Stanley Kubrick’s The Shining in its tale of a family of settlers in 17th-century New England who encounter mysterious, possibly supernatural forces when they are exiled from their village and forced to live on the outskirts of an ominous forest. 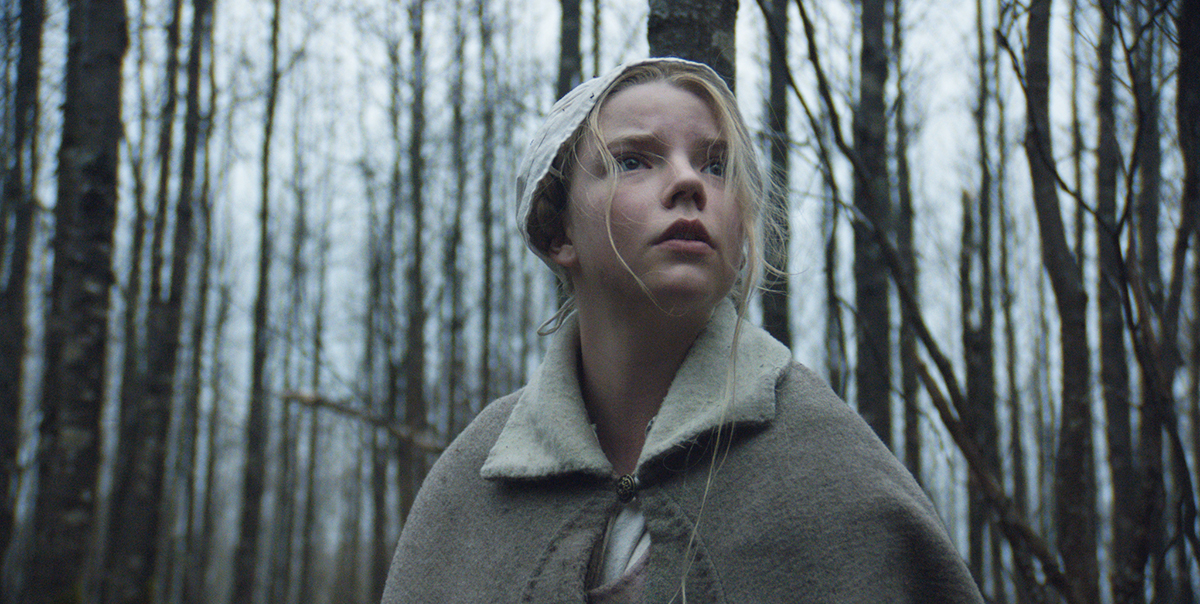 In this seventeenth-century New England village, when the darkness descends it's complete. Even the daytime feels unsettling, with threats from nature or the supernatural lurking just out of sight. The woods surround everything, their presence more felt than God's.

This quietly astonishing feature debut by director Robert Eggers renders early colonial America as an eerie era when faith, superstition, and a tenuous hold on the territory combined to set families and communities on edge. After a dispute, William (Ralph Ineson) and his wife Katherine (Kate Dickie) are expelled from the village with their five children and forced to settle land by themselves. The isolation is total. Their daughter Thomasin (Anya Taylor-Joy) is made to look after her infant sibling while the parents toil. But the baby suddenly goes missing, and Thomasin has no explanation. William and Kate descend into hysteria. Did the evil in the woods take their unbaptized child? Their twin children, Mercy (Ellie Grainger) and Jonas (Lucas Dawson), blame Thomasin but their own behaviour has become disturbingly suspect. Middle child Caleb (Harvey Scrimshaw) is sent into the woods alone to find an answer. And back at home, there are more mysterious omens.

Drawing on his production-designer background, Eggers has ensured the film's absolute accuracy to the period, down to the last garment and tool. Cinematographer Jarin Blaschke paints the Northern Ontario woods, where the film was shot, in muted tones that enhance the ghostly mood. Two key influences on The Witch were Kubrick's The Shining and Bergman's Cries and Whispers, and this is evident in its masterful mix of familial conflict and creeping dread. As Katherine and William are pitched against one another, as the children make strange, and as the woods reveal their secrets, the film plunges into a chasm of psychological — and, more horrifyingly, spiritual — fragmentation.