Writer-director Gabriel Mascaro offers a wild, sensual, and utterly transporting look at life behind the scenes on the Brazilian rodeo circuit. 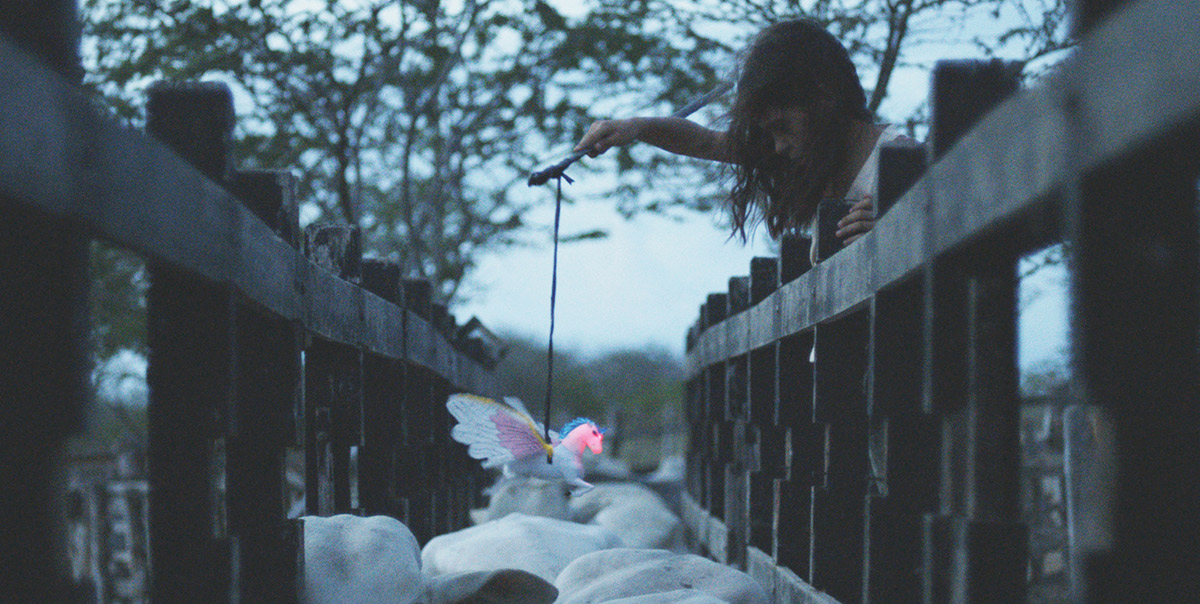 Wild, sensual and utterly transporting, Brazilian writer-director Gabriel Mascaro's second fiction feature unfolds within the world of the vaquejada, a traditional exhibition sport in which cowboys try to pull bulls to the ground by their tails. Neon Bull explores the vaquejada through the eyes of Iremar (Juliano Cazarré), a handsome cowboy who works the events. While he's not afraid to get his hands dirty, Iremar's real dream is to design exotic outfits for dancers.

Neon Bull exudes admiration for the hard work and unsung achievements behind the spectacle and heroics. It's also attuned to the pleasures of the workers' off-hours activities, such as nocturnal lovemaking beside the bullpen or, in a hilariously mischievous sequence at a horse auction, attempting to steal a stallion's most potent bodily fluid. And it displays sensitivity to the demands of this life, as co-worker Galega (Maeve Jinkings) struggles to balance long hours with the demands of being a single parent — the scenes involving her young daughter are among the film's most touching.

Few films have explored the particularities of rodeo life (though Nicholas Ray's ruggedly beautiful The Lusty Men is a definite precursor to Neon Bull). Fewer still have brought to the rodeo the sort of painterly vision that Mascaro and cinematographer Diego Garcia display here, with sweeping widescreen images that not only capture the pastoral beauty of the Brazilian landscape but also embrace their characters with deep affection. We come to love this ragtag band of labourers — even Iremar, who, though ornery and boastful, possesses an artist's heart and an optimism that's tougher than leather.