The first of Hungarian master Miklós Jancsó's historical epics is set in an isolated concentration camp in the 1860s, where imperial authorities use brutal methods to discover the nationalist rebels hiding within the ragtag group of prisoners. 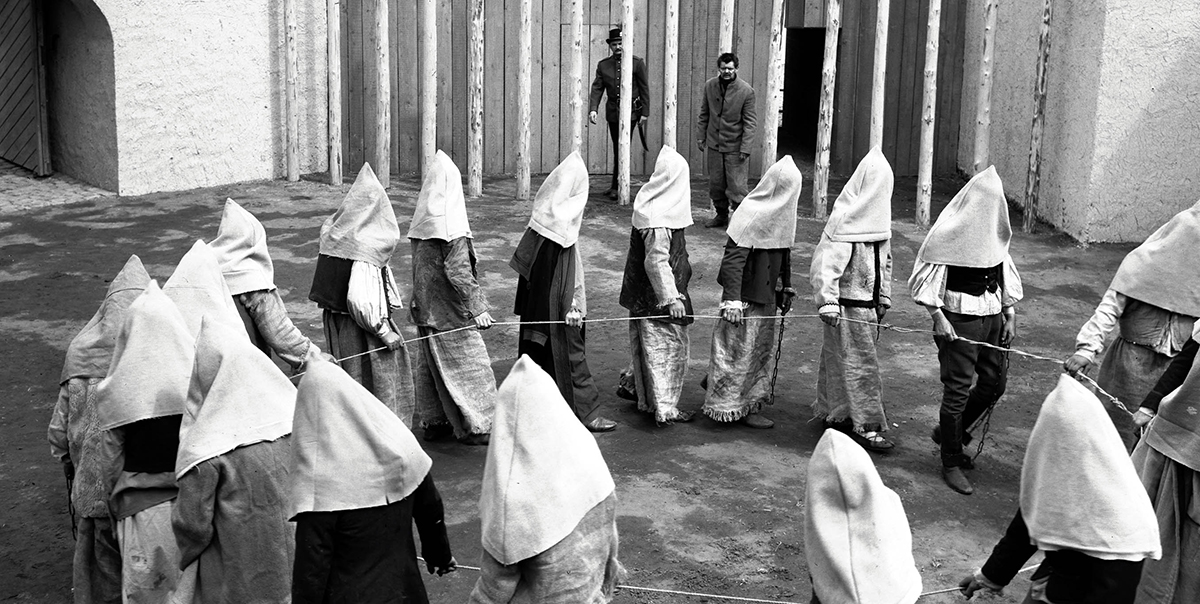 Nothing can quite prepare one for Miklós Jancsó's historical epics, films of appalling splendour that are as traumatizing as they are transfixing. When Hungarian maestro Béla Tarr chose The Round-Up as one of the ten greatest films in the history of cinema in the 2012 Sight & Sound poll, he said of his countryman's works that "People need to see Jancsó's really beautiful three or four first movies. The highest mountain is The Round-Up." Here is your best opportunity to scale that cinematic summit.

Long counted as a landmark of postwar cinema, and a film that exerted a profound influence on directors such as Sergio Leone and Theo Angelopoulos with its elaborately choreographed action and ritualized sense of history, The Round-Up is set in a prison camp in the 1860s, two decades after the failed revolt against the Austro-Hungarian Empire. The film's simple title takes on insidious meaning as Jancsó details the barbaric means used by the authorities to capture the ragtag Hungarian nationalists (including criminals and brigands) who continue to wage guerrilla war against the Hapsburg regime.

More briskly edited than Jancsó's subsequent work, which would become renowned for its intricate long takes, The Round-Up nevertheless announced the director's stylistic and thematic trademarks: Hungary's birch-stippled steppes (puszta) as setting, their onerous horizontals providing the baseline for the director's stark CinemaScope compositions (here rendered less in black and white than obsidian and ash); distant historical events employed as allegories of power and humiliation (and, pointedly, of Hungary a decade after the Soviet invasion); and hieratic images of horsemen circling their naked prey, mass humanity reduced to geometric formation as Jancsó's balletic camera movements track and crane under a pitiless, sun-scorched sky.