After a wild night out, a Berlin party girl finds herself haunted by a twisted, repellent litte creature that no one else can see. 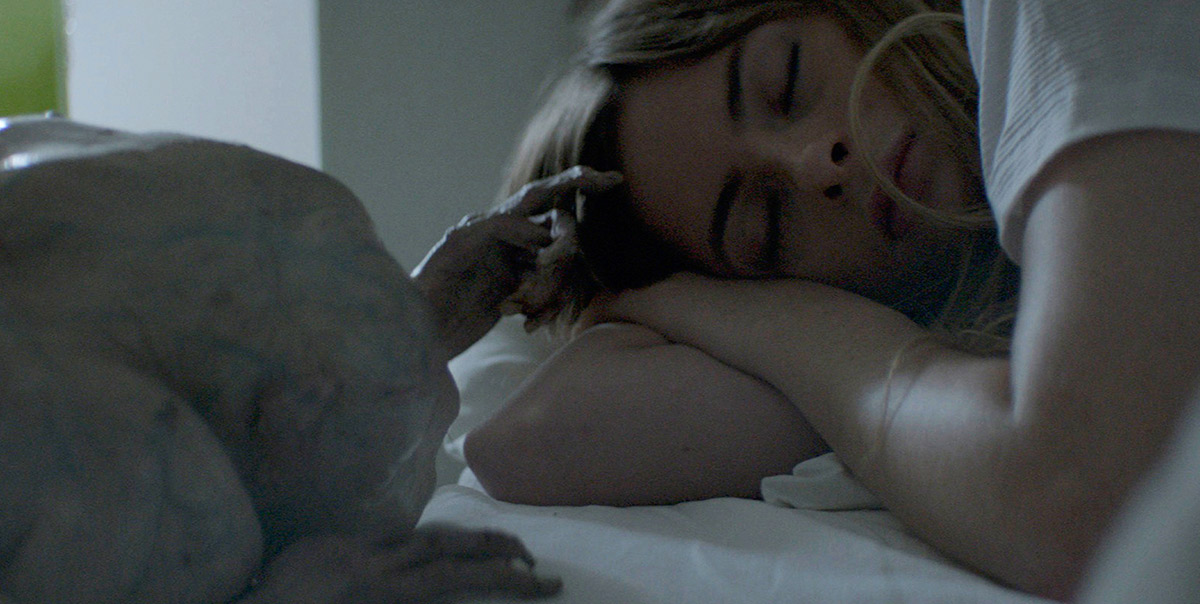 Jarring, disturbing, and thoroughly disorienting, Der Nachtmahr is a psychophantasmagoric coming-of-age story about a teenage girl thrust into an unnaturally symbiotic relationship.

Secret raves, drugs, and late nights are par for the course for sixteen-year-old Tina (Carolyn Genzkow) and her friends on the decadent Berlin party scene. When Tina passes out at a party one night, she assumes it was just a side effect of her wild lifestyle — that is, until a mysterious creature begins haunting both her dreams and her waking hours. Tina struggles to make those around her see the thing, but to no avail, and as she becomes ever more unsettled and manic, her parents are forced to get her psychiatric help. But as the little beastie seems to lurk around every corner, she is forced to overcome her fears and forge a bond with the monster.

Carolyn Genzkow delivers a spirited performance, and the moody electronic score keeps us on constant edge, but it's the creepy parasitic manifestation that steals the show: looking like a cross between E.T. and Belial (the twisted brother from Frank Henenlotter's Basket Case), this nightmare creature is at once repellent and oddly endearing. In his feature directorial debut, multi-disciplinary artist AKIZ gives us a depiction of teen life that balances drug-enhanced highs with the sobering struggle for approval from BFFs, parents, teachers, and doctors. Ratcheting up the unease and tension in the plain light of day as well as in the shadows of night, he has crafted a visually striking tale of teenage paranoia.