Two bandit brothers, one fresh from prison, the other eager to escape their criminal past, form a potentially explosive love triangle with the ex-con’s ex-girlfriend, in Robin Pront’s Cain vs. Abel update. 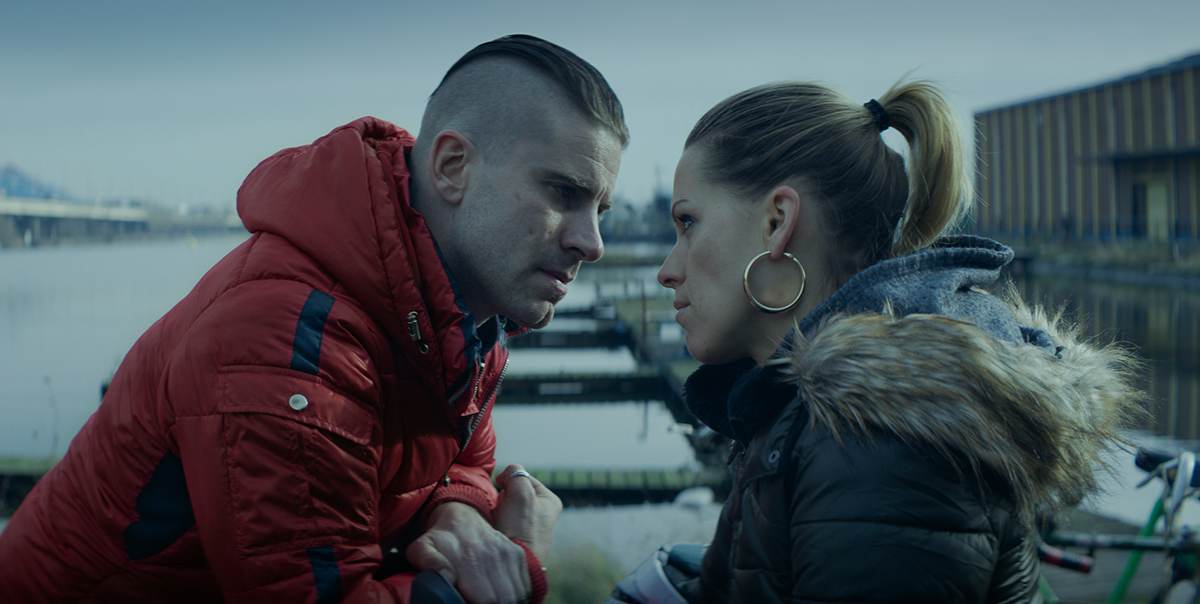 Surfacing from a pool, Dave (Jeroen Perceval) gasps for air as he runs to a getaway vehicle — leaving his brother Kenny (Kevin Janssens) behind at the scene of a crime, and speeding off into the night with Kenny's girlfriend, Sylvie (Veerle Baetens). The gripping opening sequence of The Ardennes immediately conveys the sense that Dave's been trying his whole life to catch his breath, and to escape the only reality he knows.

Fast-forward four years to Kenny's release from prison, and we quickly understand what Kenny doesn't: Dave and Sylvie have moved on together. On the surface, it's all warm hugs and pleasant family dinners, but tensions simmer underneath as Kenny tries to adapt to the idea of life in the straight lane, and as Dave and Sylvie struggle to keep their relationship secret.

Dave and Sylvie long for a simple life of watching TV, cooking potatoes, and swimming with the kids on weekends. But their past — and that includes Kenny — won't let them go. Though Sylvie makes it clear to Kenny that it's over between them, he won't take no for an answer. And when he begins to suspect that Sylvie is otherwise involved, Kenny cranks up the heat, which leads to a thrilling confrontation in the shadows of Belgium's Ardennes forest.

Director Robin Pront's feature-film debut is subtly realized yet packs a powerful punch. Taking its place alongside moody neo-noirs such as Jeremy Saulnier's Blue Ruin, The Ardennes is a gritty, modern take on the classic Cain-and-Abel tale.