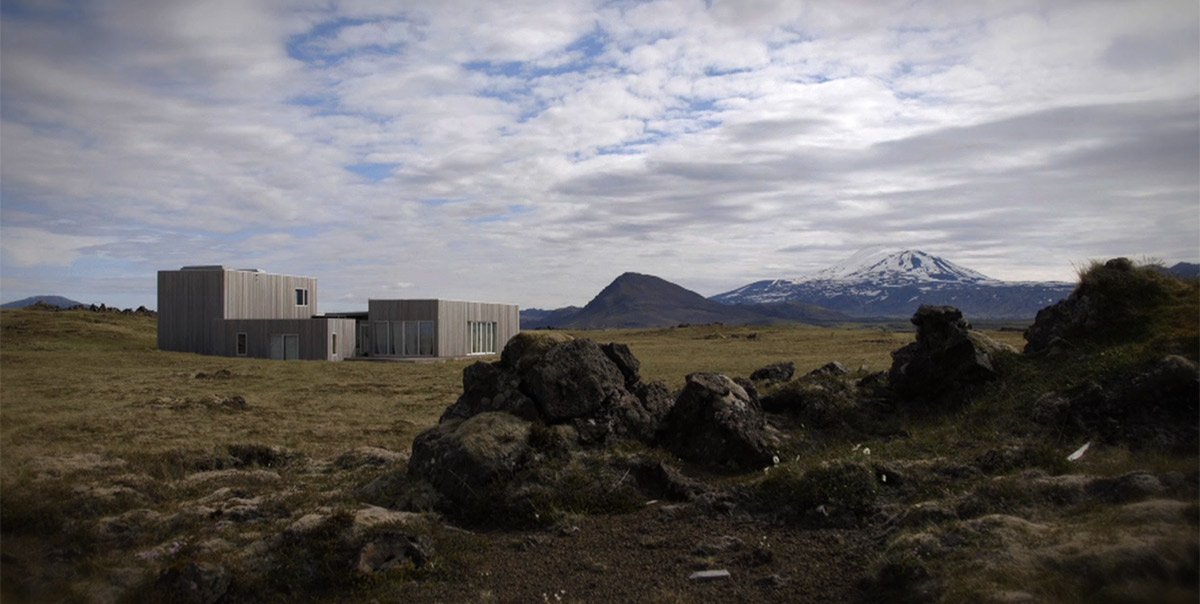 From the beginning of his career, Icelandic master Fridrik Thor Fridriksson has been uniquely attuned to and intrigued by his country's stunning, almost lunar landscape: in his early film The Ring Road, he documented a car trip that literally circled the country, and his Academy Award- nominated Children of Nature depicted an elderly couple retreating into the wilds to live out their last days together. In the new documentary Horizon, a study of influential Icelandic landscape painter Georg Gudni Hauksson, Fridriksson and co-director Bergur Bernburg bring the landscape front and centre, exploring its emotional and spiritual impact on his countrymen.

A product of the early-eighties artistic boom in Iceland, which saw the arrival of punk and paved the way for such musicians as Björk and Sigur Rós, Gudni was an adherent to the modish painting techniques of the period. At the same time, he began to secretly paint landscape scenes (which were out of fashion at the time), selectively utilizing modern approaches to veer his work towards near-abstraction while endowing his work with a profound sense of the spiritual. (It's this work that earned him an international following, inspiring collectors such as Viggo Mortensen.)

The film's attempts to duplicate Gudni's ways of seeing the landscape are frequently breathtaking. One discerns a deep aesthetic kinship between the painter and the filmmaker. Both a heartfelt appreciation of an artistic colleague and an oblique artistic manifesto, Horizon is a visually striking excursion into the spirit of a land.