Two young students at a prestigious prep school for girls are assailed by an evil, invisible power when they are stranded at the school over winter break. Starring Kiernan Shipka (Mad Men), Emma Roberts (American Horror Story) and Lucy Boynton. 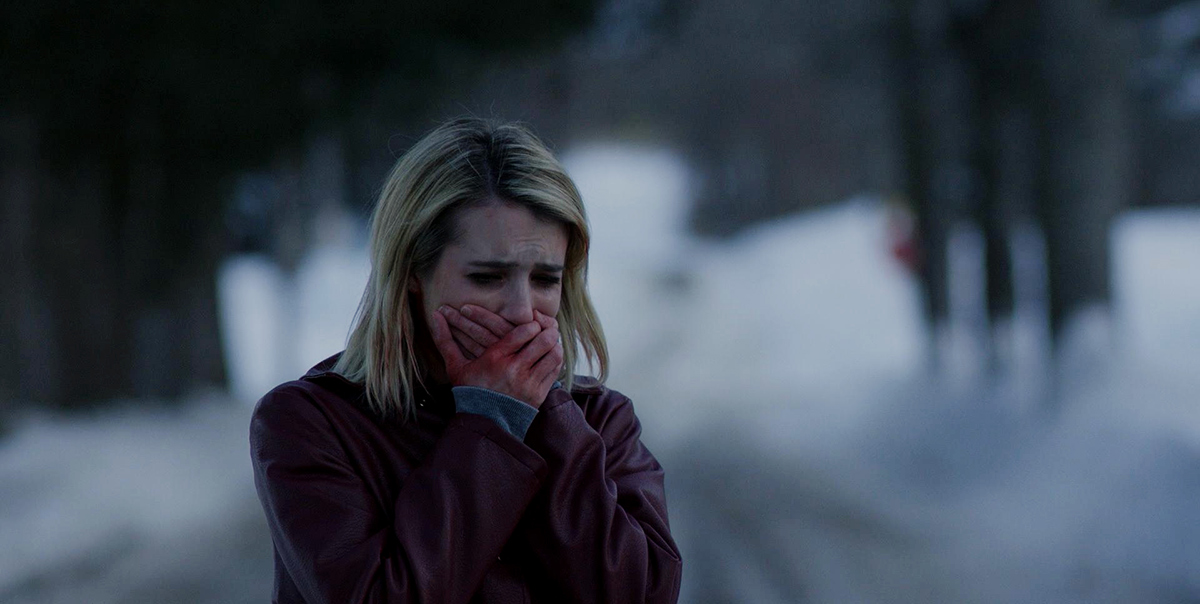 The feature debut from writer-director Osgood Perkins is an atmospheric and darkly beautiful film that, in the tradition of so many great entries in the elevated-horror genre, doubles as an allegory about adolescence, identity, and belonging.

Kat (Kiernan Shipka, Mad Men) and Rose (Lucy Boynton) are in different grades at a prestigious prep school for girls, where they are stranded after their parents mysteriously fail to retrieve them for winter break. Meanwhile, a haunted young woman, Joan (Emma Roberts), makes a bloody pilgrimage across a frozen landscape toward the school. As Joan gets closer, Kat is plagued by increasingly terrifying visions, and Rose can only look on in horror as her younger schoolmate becomes possessed by an unseen evil force.

Perkins draws an elegant style and mood from the stately backdrop, yet he also builds a disturbing pitch as Kat and Rose's fates unravel and then intertwine.

What at first seems to be a coming-of-age story about two girls at different stages of maturation turns out to be an exploration of shocking and profound loss. The film has a deeply humanistic thread, and treats its fragile protagonists with tenderness even as it unleashes terror.

A sophisticated kind of scary, February will get at audiences' rawest emotions — evoking childhood dread and the ways in which our earliest encounters with loss can crack us open and leave us vulnerable to darkness.