A middle-aged couple who have renounced civilization to live in a cave in the woods are befriended by a local farmer with mysterious ulterior motives, in this remarkable film from Belgium-born filmmaker Tom Geens that balances between stark realism and an unsettling sense of the absurd. 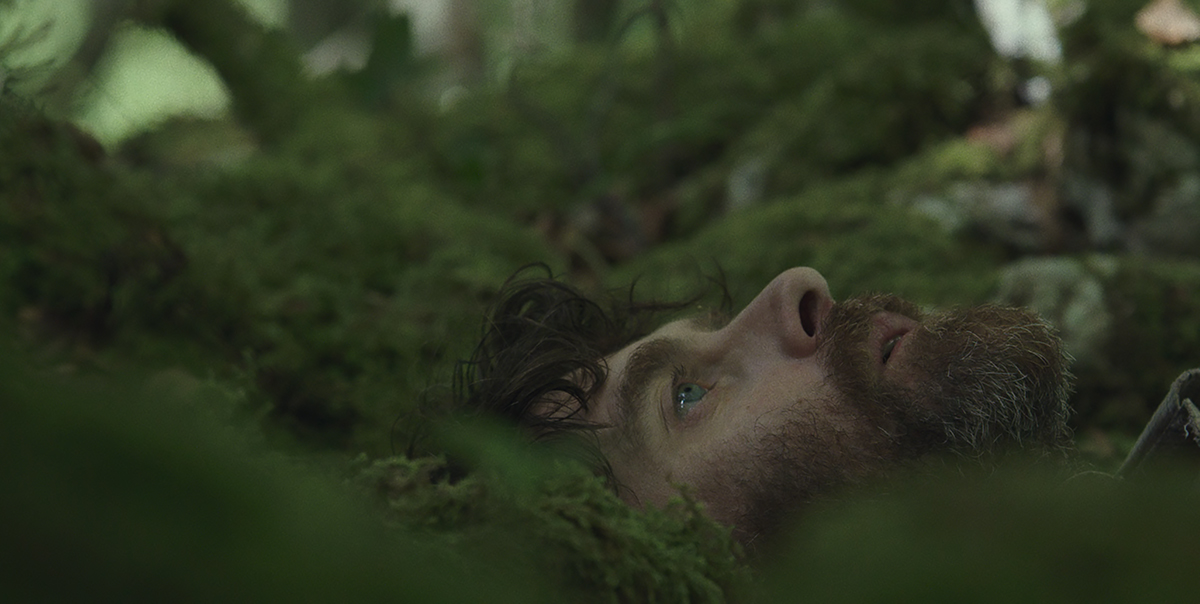 Couple in a Hole

It's a mystery why exactly John (Paul Higgins) and Karen (Kate Dickie) have renounced civilization in order to live like feral creatures in a dirt cave in the woods. John hunts rabbits with his bare hands, and when such riches are unavailable, the pair sustain themselves on insects.

But when a poisonous spider bites Karen, John breaks their self-imposed isolation to get help. This leads him to befriend local farmer Andre (Jérôme Kircher), who becomes suspiciously over-invested in the pair's wellbeing. As the couple's backstory unfolds, an impending sense of doom casts a pall over their small world. The seeming serenity of the forest is revealed to be as fragile and unstable as the characters, who, it becomes apparent, are on the brink of rupturing with violent emotion.

A film with such a bizarre conceit as this one rises or falls on the strength of its execution — and Couple in a Hole soars, thanks largely to the intensely physical performances by Higgins and Dickie.

Belgian-born and London-based filmmaker Tom Geens made a name for himself with a series of meticulously crafted shorts, and a first feature (Menteur) that pushed genre boundaries and showed him to be a deconstructor of social norms along the lines of Michael Haneke or Thomas Vinterberg.

With his sophomore feature, Couple in a Hole, Geens continues in this vein, delicately negotiating the line between psychological realism and the disturbingly absurd.