Tom Hardy gives a bravura double performance as Reggie and Ronnie Kray, the identical twin brothers who became the rulers of the London underworld at the height of the swinging '60s. 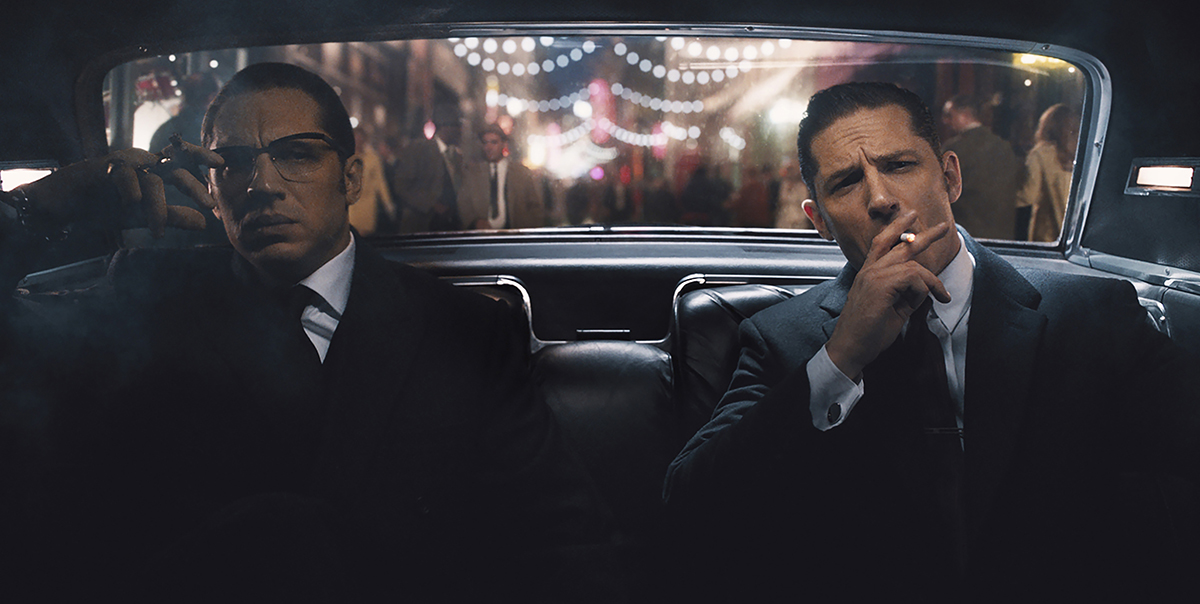 Identical twins Reggie and Ronnie Kray were Britain's most infamous gangsters, rising from humble roots to rule London's nightclub scene for much of the swinging sixties, until a fateful blend of hubris, fraternal loyalty, mental illness, and a lust for violence brought their dream to a catastrophic end. Now, the immensely talented Tom Hardy gives a bravura double performance as both Kray brothers, in this exhilarating retelling of one of the most fascinating tales in modern crime.

Narrated by Reggie's wife Frances (Emily Browning), LEGEND follows the twins as they swiftly rise through the ranks of the London underworld by crushing their rivals and placing local authorities in compromising positions. Enforcing their dominion by means of assault, robbery, and murder, the Krays forge alliances with American crime lords as they seek to make London into the Las Vegas of Europe. But success makes the volatile Ronnie increasingly careless, and what had been a smoothly run and fantastically lucrative operation soon begins to spin violently out of control.

Hardy brilliantly delineates the distinct personalities of Reggie and Ronnie Kray, the former smoothly ruthless, the latter an impulsive sociopath always spoiling for a fight. Writer-director Brian Helgeland (winner of an Oscar for his L.A. Confidential screenplay) chronicles the brothers' rise and fall with ferocity, swiftness, and swagger to spare, his camera hurtling through maze-like East End brownstones and across crowded nightclub floors. Directed with verve, style, and a pleasing eye for period detail, LEGEND captures the thrills and pitfalls of a pair of lives lived on — and way over — the edge.