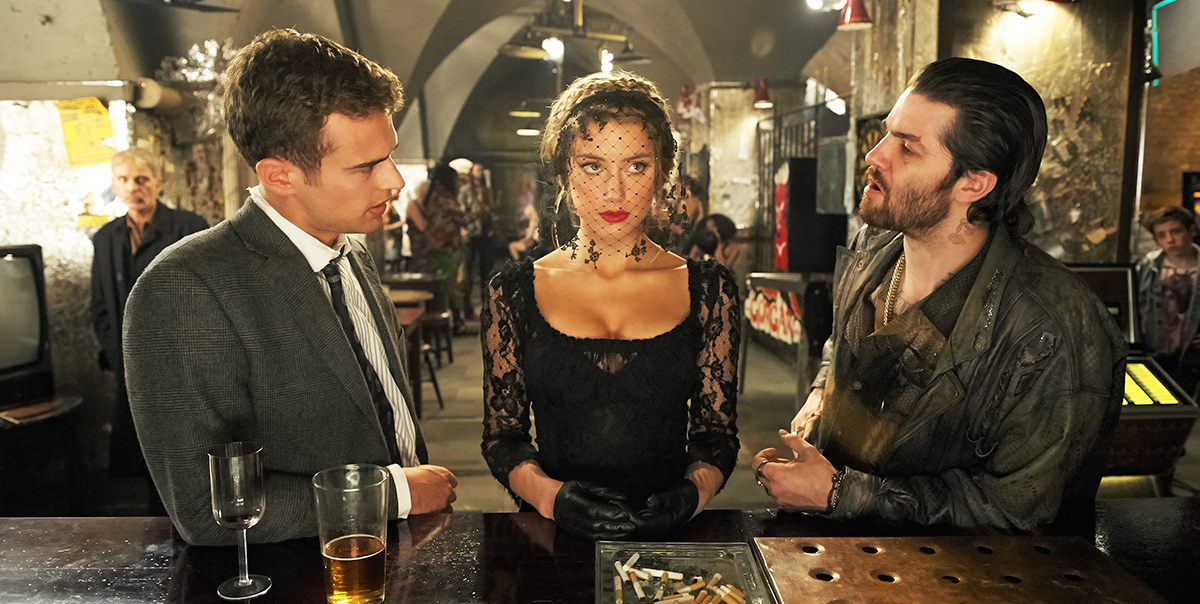 Martin Amis' 1989 novel London Fields was a diamond-sharp slash across the face of his nation. Set in a then-futuristic 1999, it painted a portrait of a world plagued by an unnamed Crisis, where men behave badly and a woman, Nicola Six, waits for her birthday, when she plans to be murdered. The New York Times called it "a virtuoso depiction of a wild and lustful society."

Wild and lustful, indeed. Scripted by Roberta Hanley and directed by Matthew Cullen, this adaptation splashes Amis' words across the big screen as vivid, palpable flesh. Amber Heard plays Nicola as a young woman already world-weary. She's so anxious about her declining power over men as she ages that engineering her own death seems like the wise choice. She does her best to manipulate petty criminal Keith Talent (Jim Sturgess) and dangerously bored millionaire Guy Clinch (Theo James) toward the deed. When American novelist Samson Young (Billy Bob Thornton) discovers Nicola's story, it feels like an instant cure for his writer's block.

Featuring cinematography by Guillermo Navarro (Pan's Labyrinth, Jackie Brown) and production design by Jeremy Reed (Factory Girl), London Fields wraps its characters in an intoxicating swirl of post-punk, grotty glamour. It suits them. Nicola, Keith, Guy, and Samson scheme to take what they can from each other, fuelled by Guy's money, Samson's perverse sense of drama, and everybody's lust. And in London Fields, everybody really means everybody. The terrific ensemble cast includes Cara Delevingne, Gemma Chan, Jaimie Alexander — and a hello to Jason Isaacs.