Kristen Stewart and Nicholas Hoult star in the ambitious new film from director Drake Doremus (Like Crazy), about a utopian future society where crime and violence have been eradicated through the genetic elimination of human emotion, and where those afflicted with the emotional "disease" are forced to go on the run. 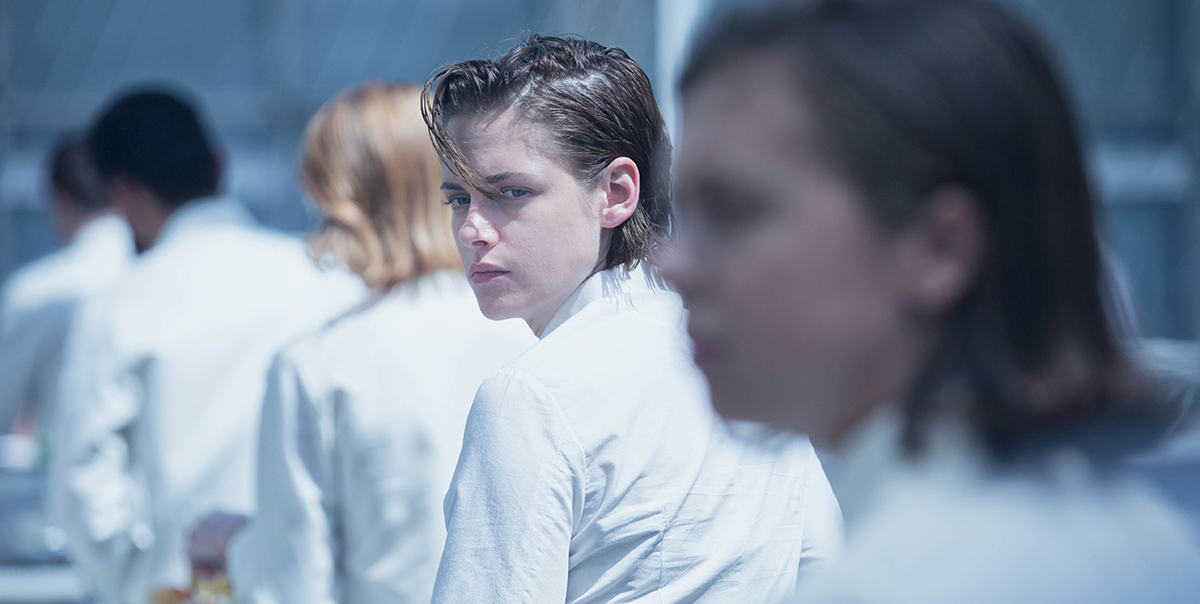 American director Drake Doremus is known for his small independent films that explore the driving need for love and the stumbling blocks on the way to finding it. His newest film deals with the same themes, but on a far grander scale and in a futuristic setting.

Equals takes place in a utopian society where violence and crime have been virtually eradicated — via the genetic elimination of human emotion. People like Nia (Kristen Stewart) and Silas (Nicholas Hoult) live calm, uneventful, drone-like lives. The two work alongside each other in a large office, creating informational publications and exchanging the occasional pleasantry. Life is simple, until a rumour starts to circulate: a disease has broken out, one that causes people to manifest emotions. If discovered by the powers that be, the infected are sent away, never to return.

Silas suspects he carries the disease, and when this is confirmed, he becomes an outcast. But he is drawn back to Nia, who is also infected but has managed to hide the symptoms far better than he. Upon discovering that they are similarly stricken, they need to decide whether to stay and hide or to run for freedom.

This future is, at first glance, a beautiful one: high windows, greenery, light-infused work spaces, food and shelter for all. But the viewer starts to feel unease at the spectacle of empty-eyed people moving through yet another day. Equals poses the question: could we scientifically suppress the strongest human emotion, or is love so strong that it can truly conquer all?