Big-city glamour clashes with small-town values when a celebrity photographer and his entourage descend upon a sleepy community to investigate the bloody doings of a serial killer. 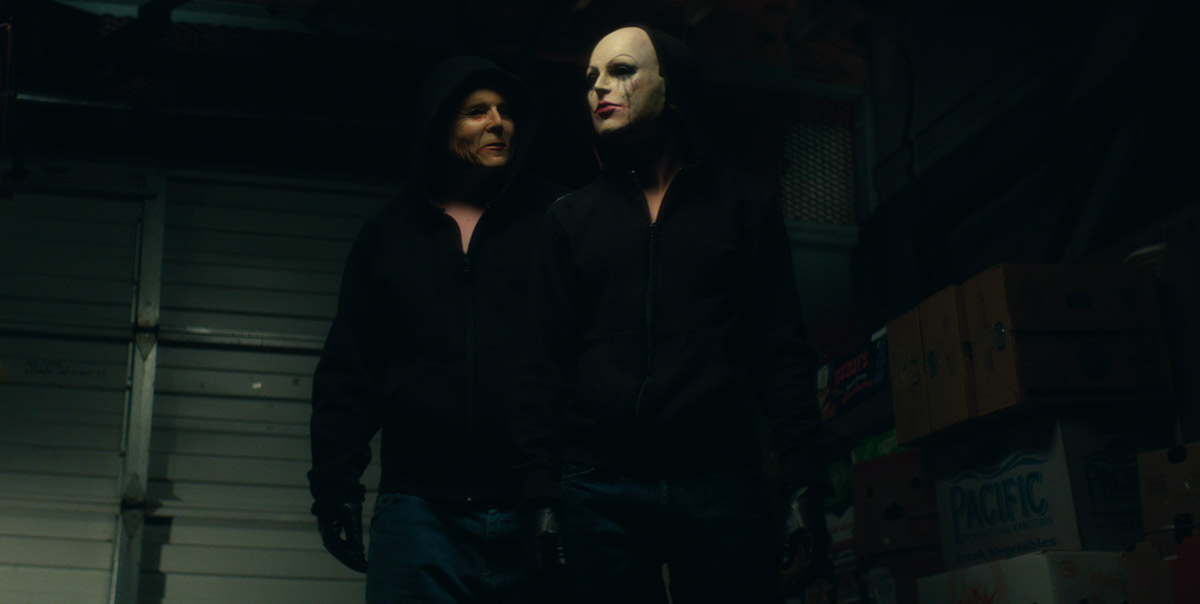 The Girl in the Photographs

Big-city glamour clashes with small-town values — and a killer's knife — in The Girl in the Photographs, a bloody cocktail from director Nick Simon and executive producer/horror master Wes Craven that is in equal parts an homage to the slasher genre and a clever manipulation of its tropes.

Colleen (Claudia Lee), a bored young woman in a sleepy community called Spearfish, starts receiving photographs of brutally murdered young women. Are they real or staged? The culprit is either a serial killer or some creep with a sick sense of humour, not that the cops are doing much about it either way. But when news of the twisted photo campaign hits the internet, famous LA-based celebrity photographer Peter Hemmings (clearly a tip to David Hemmings' shutterbug character in Blow-Up, and played to hilariously arrogant perfection by Kal Penn) decides to take a trip back to his hometown, Spearfish, to investigate.

Hemmings and his entourage of self-centred models, assistants, and hangers-on descend upon the town and immediately disrupt Colleen's dull existence. Hemmings takes a special interest in Colleen, much to the chagrin of his cool-as-ice model girlfriend (Miranda Rae Mayo). As the killer targets Colleen's friends and closes in on her, Hemmings and his posse seem to present an enticing escape.

Simon and scriptwriters Robert Morast and Osgood Perkins (whose directorial debut, February, is premiering in the Vanguard programme) tweak the formula in refreshingly contemporary ways, inverting the stalk-and-chase plotline and allowing the killer's encroaching rampage to build satisfying tension without compromising the fun. And there's a special treat for horror cineastes: the return of cinematographer Dean Cundey (Halloween, The Thing) to the fright-flick arena. The Girl in the Photographs warns that in this age of selfies and insta-gratification, your big smile for the camera might just be your last....