Newcomer Lorenzo Vigas’ first feature explores issues of social stratification through the story of a wealthy man who pays young men to endure a kind of contact-free abuse, only to find unexpected intimacy with one of his companions. 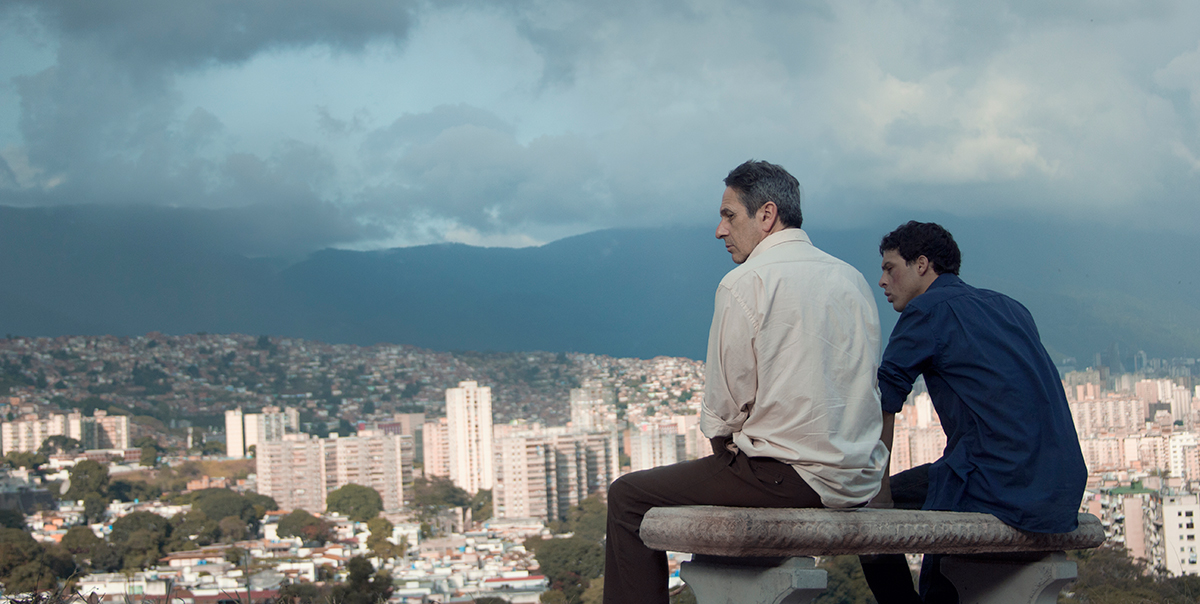 The first feature by accomplished Venezuelan newcomer Lorenzo Vigas, Desde Allá explores the psychology of a man terrified by the prospect of physical contact. This multi-layered film is at once an exploration of frustrated desire and a window onto the incredible social stratification of Caracas.

A denture-maker by profession, Armando (Alfredo Castro) belongs to Caracas' upper classes, but he chooses to live in a lower-middle-class neighbourhood, where he entices young men back to his home with the promise of payment. He only wants to look, not touch, yet the distance he maintains with these men contains its own particular violence — a contact-free abuse.

Armando carries the scars of a troubled childhood, and when he hears that his father has returned to Caracas, long-suppressed anxieties resurface. At the same time, unexpected changes are occurring in his relationship with one of his paid companions, seventeen-year-old Elder (Luis Silva). At first their association was purely transactional, but as the two spend more time together, something begins to emerge between them: an intimacy that neither man is ready for.

Desde Allá speaks to Venezuela's present reality, with a narrative that traverses the disparate social classes comprising the country's capital — from the gated communities of the very rich to the chaos of the downtown neighbourhoods, and out to the poor communities in the monotonous apartment blocks.

Vigas paints an indelible picture of a multi-tiered society, giving resonance and context to his unforgettable story about an impossible friendship between two men.