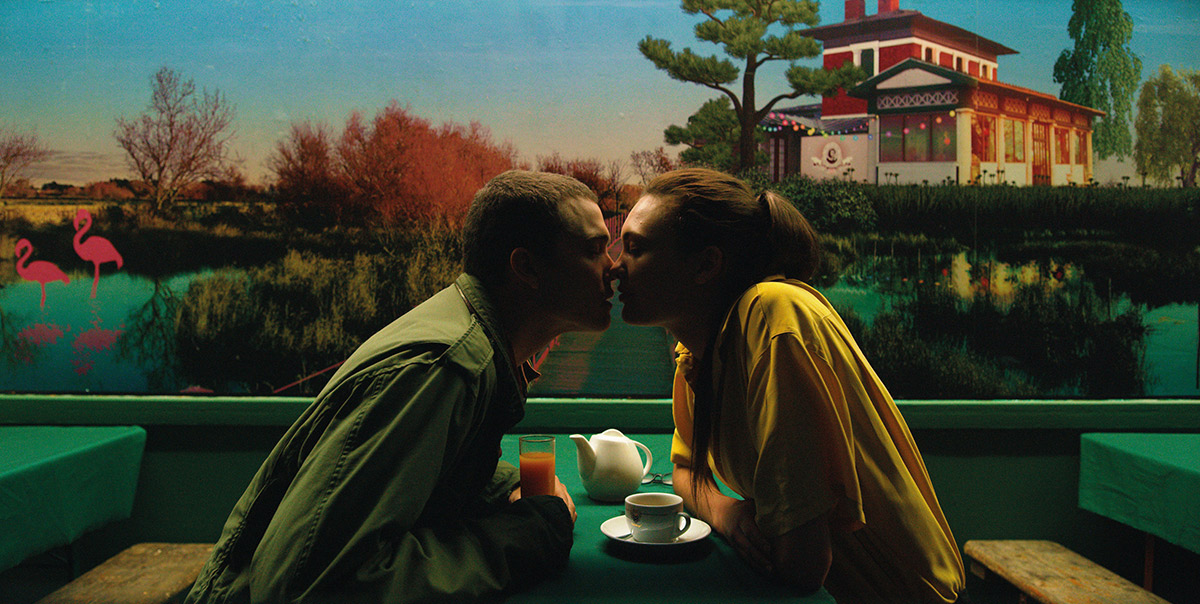 While these words are spoken by a student filmmaker in Gaspar Noé's Love, they might as well come straight from the French auteur himself. Noé has always worn his heart on his celluloid; in his latest sensation, he reveals more of himself than ever before. And yes, it's in 3D.

Employing his trademark fractured narrative, Noé opens with an intimate scene of lovemaking between American film student Murphy (Karl Glusman) and the enchanting artist Electra (Aomi Muyock) — and suddenly cuts to two years later as Murphy wakes next to a different woman, Omi (Klara Kristin). Omi is the mother of Murphy's child, and Electra seems a distant memory. But when he receives a call from Electra's mother, searching for her missing daughter, Murphy is led to fantasize about what could have been.

Though it wouldn't be a Noé film without shocking and explicit moments (3D ejaculation, anyone?), these give way to a revealing examination of the nature of love and its physical expression — to which Noé adds many elements of autobiography. While Murphy is a clear stand-in for the director, there are also characters named Gaspar and Noé (the auteur himself playing the latter, Murphy's older competition for Electra). Full of references to Noé's cinematic influences, from the Malick-like narration to the Godardian intertitles, and populated with his avatars, Love feels more than any of Noé's other films like a window into his own mind.

Recalling classics such as Last Tango in Paris and recent works such as Nymph()maniac, Love brings a rare honesty to its portrayal of love and sex. This is Noé's most fearless and provocative film to date.