Cate Blanchett and Robert Redford star as 60 Minutes producer Mary Mapes and anchor Dan Rather, in this gripping docudrama about the newsmagazine’s investigation into George W. Bush’s alleged draft-dodging during Vietnam. 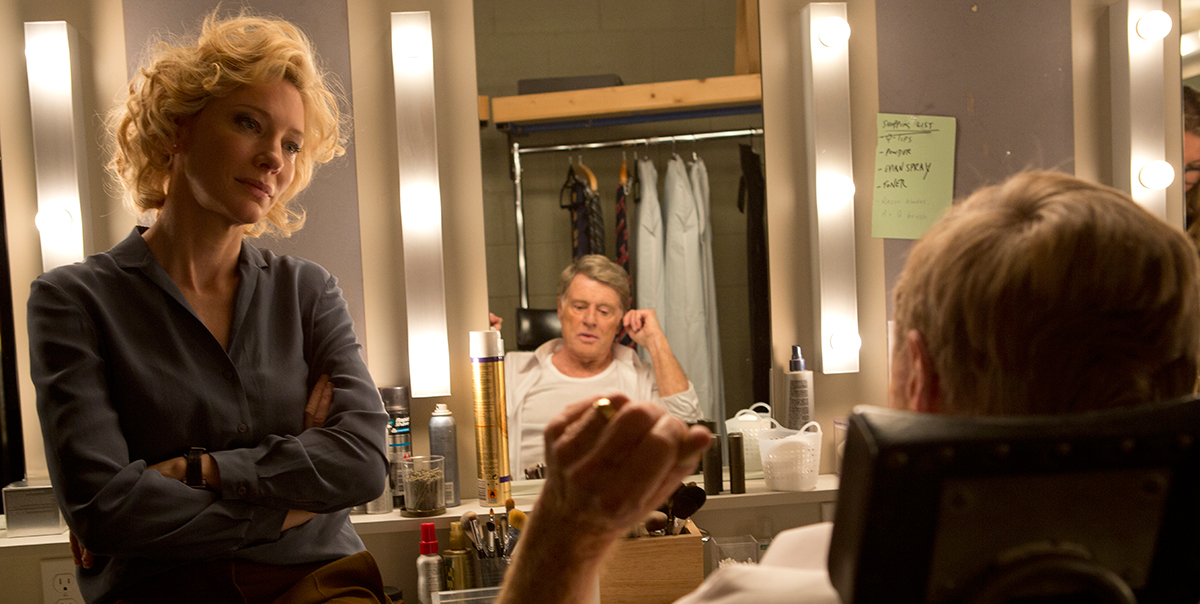 Two names that invariably spring to mind when we think of hard-hitting political television journalism are Dan Rather and 60 Minutes. Rather contributed to many stories for CBS's flagship news-magazine program, including the one that essentially ended his forty-year association with the network in 2006: an exposé on how, as a young man, George W. Bush allegedly got a cushy post with the Air National Guard to avoid deployment in Vietnam. Coming as it did late in his re-election campaign in 2004, the story had the potential to end Bush's presidency after one term. Instead, it derailed the careers of both Rather and Mary Mapes, the Peabody Award-winning producer behind the controversial story.

Based on Mapes' 2005 memoir, Truth and Duty, this directorial debut from screenwriter James Vanderbilt is as much a political thriller in the vein of All the President's Men as it is an investigative narrative about dirty tricks in the US political system. Mary (Cate Blanchett) is a no-nonsense news reporter convinced that Bush was among many privileged young men who used their connections to avoid combat. Following a tip regarding evidence about Bush, she assembles her team, which includes a journalism professor (Elisabeth Moss, also appearing at the Festival in High-Rise), an unemployed researcher (Topher Grace), and a retired Marine colonel (Dennis Quaid). They persistently chase down leads and witnesses in an attempt to build a bulletproof case that 60 Minutes can air.

Vanderbilt slowly turns up the heat as Mary, supported fully by Rather (Robert Redford), confirms more and more of her hunches. Driving up against deadline, the team rushes frantically to double-check the facts, but airing the story just starts a war with the powers that be, who do all they can to discredit them. Taut and smart, Truth is a thrilling piece of filmmaking about journalism and politics in the tawdry age of counter-messaging.