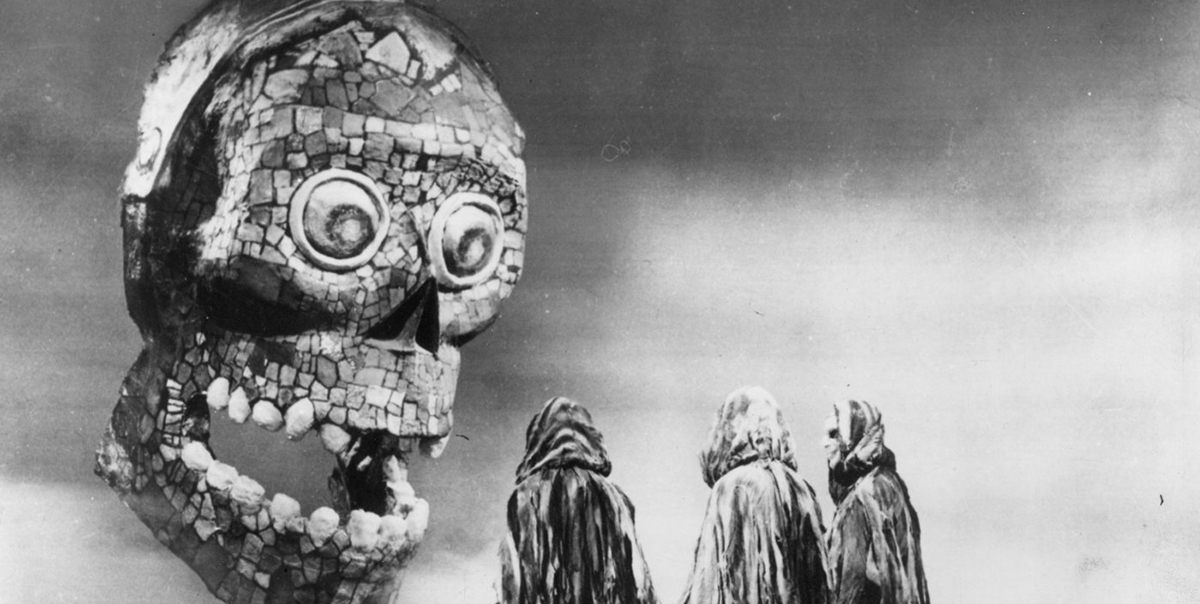 The Mask (Eyes of Hell)

Shot in Toronto on a shoestring budget, The Mask (retitled Eyes of Hell for its American release) claims a double distinction as both the first feature-length Canadian horror movie and the first feature-length 3D film made in Canada. Produced well after Hollywood's 3D boom, the film attracted a cult following and became a late-night TV staple in the 1980s, but has long been out of theatrical circulation. Now, using elements from the best remaining 35mm prints, TIFF and the 3-D Film Archive have digitally restored the film's original cut in both anaglyph and polarized 2K 3D. Long one of Canadian cinema's buried treasures, The Mask has returned!

After the shocking death of a disturbed patient, psychiatrist Dr. Allan Barnes (Paul Stevens) comes into possession of the ancient tribal mask that supposedly drove the young man to his doom. When Barnes puts on the mask, he is assailed with nightmarish visions of monsters, occultists, and ritual torture. Believing that the mask has opened a portal to the deepest recesses of his mind, the doctor continues to explore this terrifying new psychic world — even as the mask reveals a latent violence in Barnes' nature that threatens those closest to him.

In this largely 2D, black-and-white film, director Julian Roffman turns the act of wearing the anaglyph 3D glasses into part of the theatrical experience: when Barnes' voice intones the immortal words "Put the mask on, now!," the audience puts on their glasses to witness the doctor's visions, a riot of psychedelic imagery rendered in bright, blazing colour. Creating an atmosphere of pervasive dread with its inventive visuals, and making use of prominent Toronto landmarks for its locations, The Mask is back in all its dizzyingly surreal glory.

Using elements from the best remaining 35mm prints, TIFF and the 3-D Film Archive have digitally restored the film's original cut in both anaglyph and polarized 2K 3D.