Toronto director Kazik Radwanski follows his internationally acclaimed, award-winning debut Tower with this empathetic yet clear-eyed character study about a middle-aged married man who finds his only outlet in online gaming. 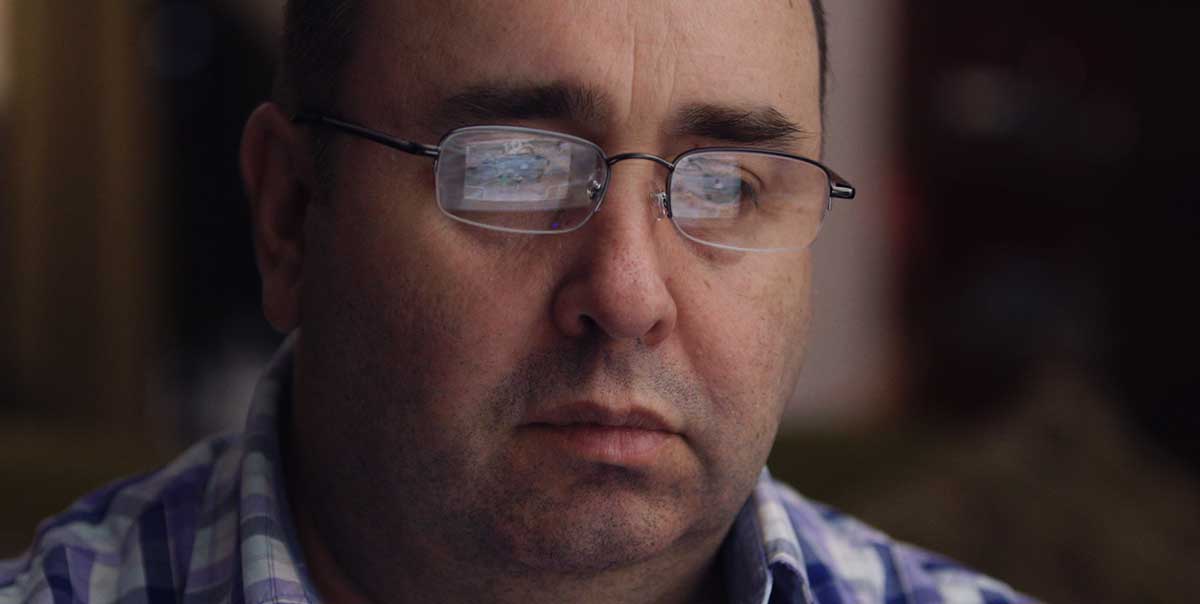 How Heavy This Hammer

Since his short film Princess Margaret Boulevard, Kazik Radwanski (who has collaborated on all his films with his producing partner Dan Montgomery) has established himself as one of the most exciting young filmmakers in anglophone Canada with his combination of formal inventiveness and deep sympathy for those who live their lives on the margins. Now, with How Heavy This Hammer — the follow-up to his adventurous, award-winning first feature Tower, which screened at the Festival in 2012 — Radwanski raises the bar even higher.

A married father of two nearing middle age, Erwin (Erwin Van Cotthem) is not quite an outcast, but as his life slowly begins to unravel we begin to understand just how far outside the social order he truly is. Erwin spends all of his free time playing fantasy games online. When not on the computer, Erwin is a barely conscious entity: virtually everything else in his life is a distraction and an annoyance (including his wife and children), and his only physical exercise is rugby, where he uses his bulk to his advantage and releases his usually sublimated aggression. A touching yet infuriating example of our society's mysterious ability to freeze men in adolescence, Irwin is both conscious of and frustrated by his stunted existence, but is either unwilling or incapable of getting out of his rut.

Empathetic but pragmatic, How Heavy This Hammer is a funny, forlorn vision of North American masculinity at a crossroads.