Naomi Watts, Susan Sarandon and Elle Fanning star in this funny and touching story about a NYC teenager struggling with gender identity. 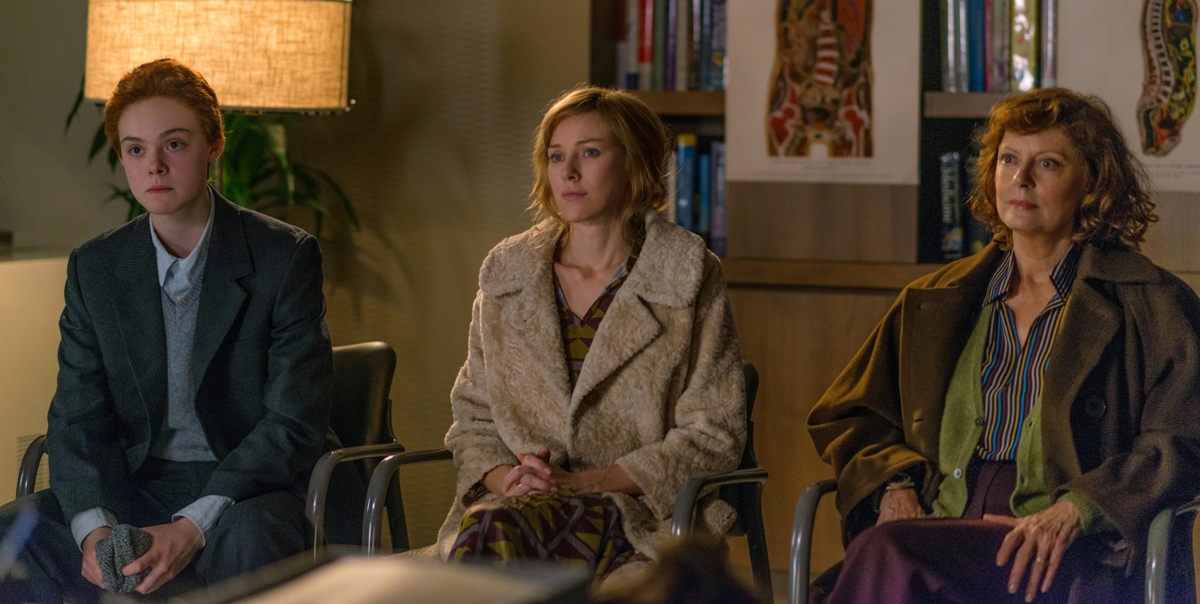 Witty, warm, and ultimately wise, About Ray courageously explores what it means to grow up knowing that the gender you were born into doesn't quite fit.

Feeling comfortable in your own skin is a challenge for most adolescents. For Ray (Elle Fanning), it's becoming pure anguish. Though born a girl, Ray always knew he was a boy. Now that Ray is a teenager he insists it's time to undertake the transition. His mother, Maggie (Naomi Watts, also at the Festival in Demolition), is nervous but supportive. Ray's lesbian grandmother, Dolly (Susan Sarandon), adores Ray but remains baffled by his decision. Ray's father, Craig (Tate Donovan), meanwhile, isn't even around. Ray needs both of his parents' signatures before he can begin treatments, but Craig split when he was little. Even if Ray can find him, how can he be sure his father will accept him as a boy?

Directed by Gaby Dellal and scripted by Nikole Beckwith from Dellal's story, About Ray is inclusive in every sense of the word. Three generations of personal struggles with identity and desire are represented in the film's big-hearted vision of a modern family. Ray's quest to renovate his body causes long-held secrets to become exposed and uneasy reunions to take place. All this makes for a busy, at times dizzying, ensemble drama, yet the film is anchored by its superb performances. Sarandon offers irreverent comic relief, Watts deftly conveys a cluster of conflicted feelings, and Fanning boldly navigates her character's careening emotions as Ray makes his way toward becoming the person he was meant to be.