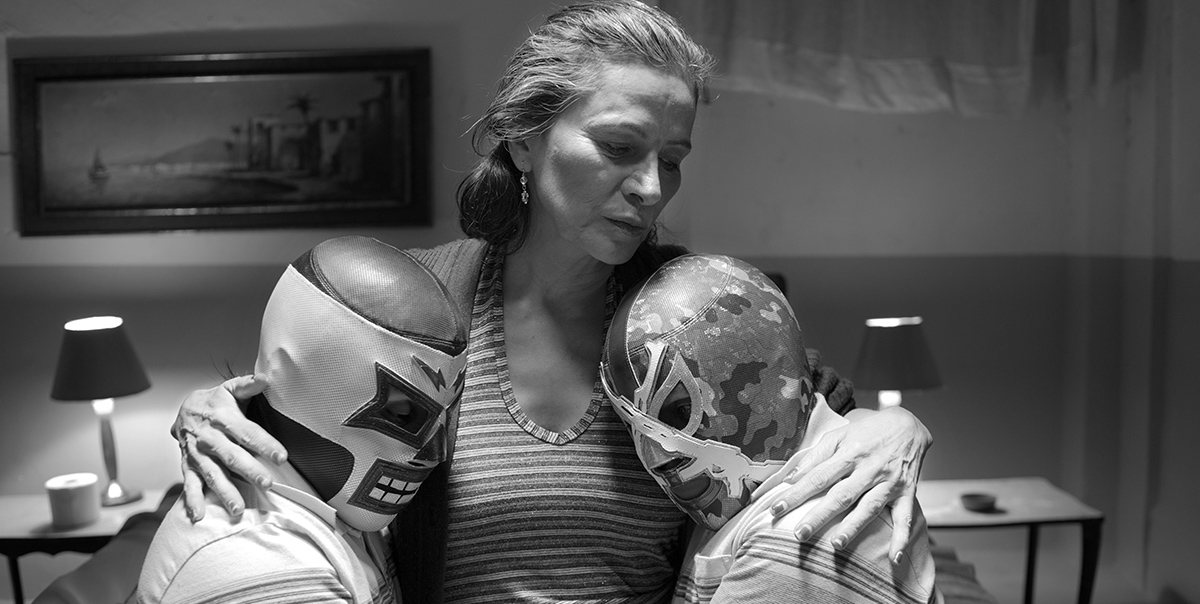 Appropriating its strange, sad story from a real-life case of accidental homicide, the latest from Mexican maestro Arturo Ripstein (Deep Crimson) might best be characterized as "expressionistic true crime." Bleak Street plunges us deep into the darkest shadows of Mexico City, where the everyday struggles of three families tragically converge.

The 2009 deaths of fraternal wrestlers La Parkita and Espectrito Jr. made headlines all over Mexico. These miniluchadores — little people who function as mascots for their hulking counterparts — were drugged by two women in a Cuauhtémoc hotel. The women only meant to knock out the brothers and take their money, but the doses were misjudged, and the robbery turned into murder.

As reimagined by scenarist Paz Alicia Garciadiego, Ripstein's wife and long-time collaborator, this sensationalistic news item becomes a platform for a series of engrossing character studies through which we get to know the brothers and their two killers. Sketching the events just before and after that fateful night in the hotel, the film conducts a wry examination of Mexico City's marginalized, whether they be exploited entertainers with threadbare costumes or aging sex workers trying to earn enough to support their dependents.

Echoing his early mentor Luis Buñuel, Ripstein bestows compassion upon all his characters equally while eschewing sentimentality. But this in no way curbs his penchant for black comedy, which unfurls in details such as the wrestlers' refusal to remove their masks under any circumstances. With its spellbinding long-take, black-and-white imagery, and naturalistic performances, Bleak Street guides us through a gloomy labyrinth of desperation and desire — and winds up being one of the finest works of Ripstein's career.