Two-time Academy Award winner Barbara Kopple (Harlan County, USA) follows R&B queen Sharon Jones over the course of an eventful year, as she battles a cancer diagnosis and struggles to hold her band the Dap-Kings together. 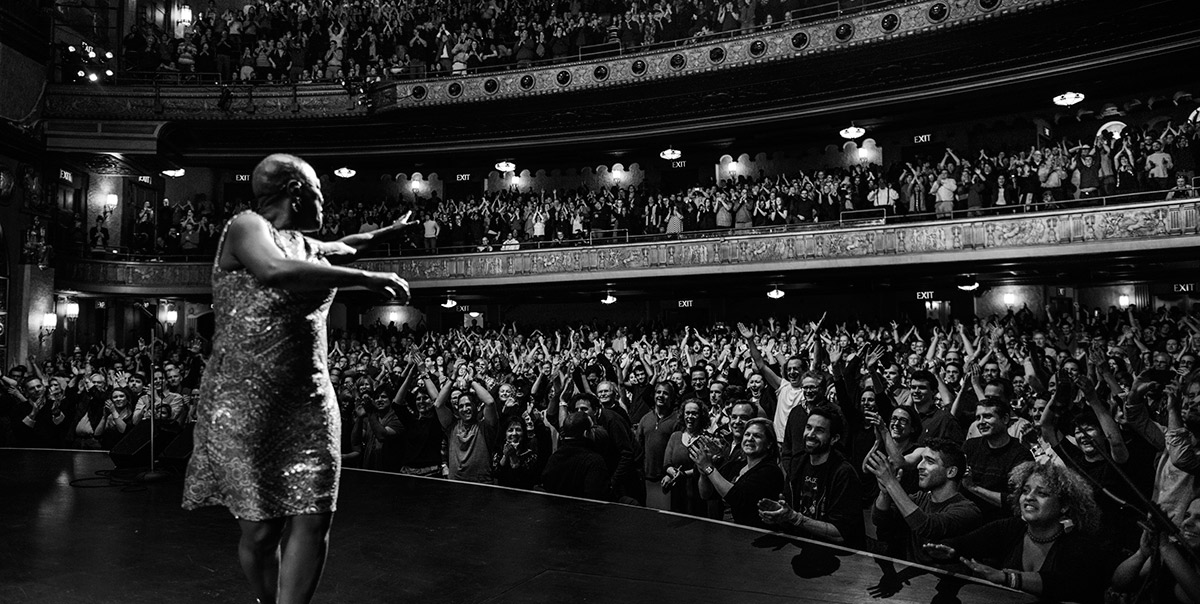 "Now, ladies and gentlemen," says fast-talking Dap-Kings guitarist and announcer Binky Griptite, "the star of our show — the super soul sister with the magnetic je ne sais quoi — Miss Sharon Jones!" Sharon Jones and The Dap-Kings kick in with their funky, revivalist rhythm and blues backed by hard-driving horns. And so begins this deeply soulful documentary about the singer's year-long battle with cancer, and her struggle to hold her career together and return to what she loves most: the stage.

This story finds its perfect match in the two-time Academy Award-winning filmmaker Barbara Kopple. In this, the fortieth Toronto International Film Festival, Kopple is, alongside Wim Wenders and Chantal Akerman, one of three returning directors who had a feature the very first year: her now-classic Harlan County USA (also screening at this year's Festival). She has a steadfast determination to go wherever a story may lead. Miss Sharon Jones! exemplifies the power of cinema-vérité as Kopple follows her subject for over a year when the future is most uncertain.

Jones has been called "the female James Brown," and her energy is a wonder to behold both on and off stage. For years she struggled in her music career, being told she was "too black, too short, too old," so she took alternate jobs as a Rikers Island corrections officer and an armoured-car guard. Her breakthrough didn't come until midlife when she joined up with the Brooklyn-based Dap-Kings. We watch as they try to work around Jones' treatment to complete their 2014 album Give the People What They Want and during preparation for a months-long world tour. By the end of this film, what you'll want is more and more of Miss Sharon Jones.