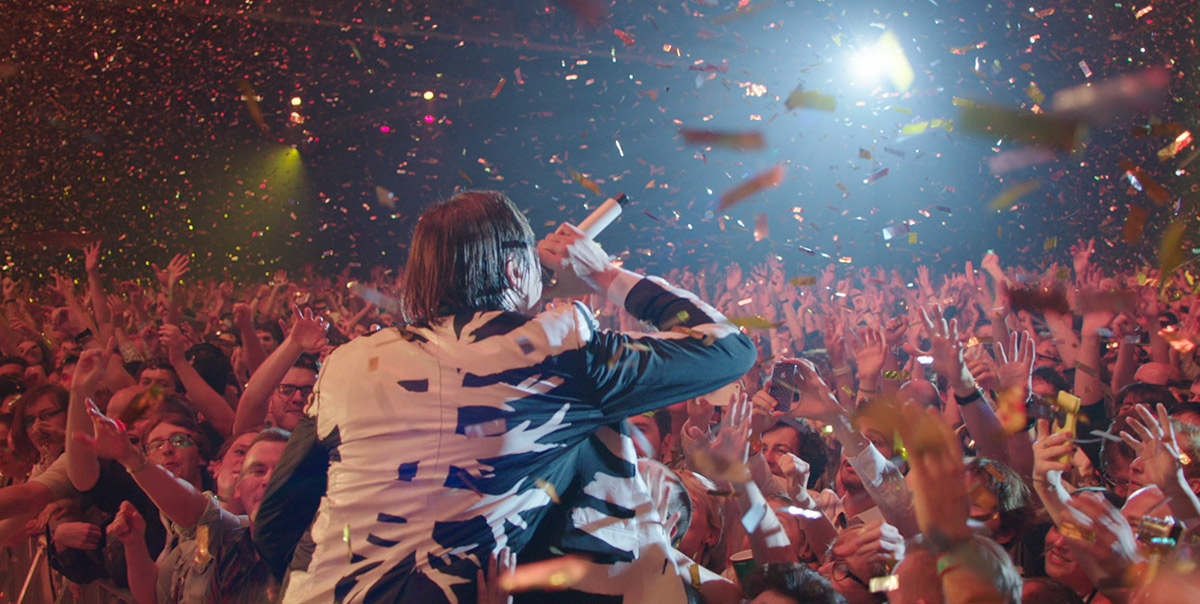 In 2004, most of the world hadn't heard of Arcade Fire. This would begin to change that fall with the release of Funeral, the Montreal-based indie-rock band's debut album, which went on to earn international rave reviews and top spots on countless best-of lists. Three more albums, a Grammy Award, and just over a decade later, The Reflektor Tapes captures this now-iconic Canadian group on their most recent world tour.

Directed by award-winning filmmaker Kahlil Joseph — dubbed one of the greatest hip-hop directors, he's worked with FKA twigs, Flying Lotus, and Kendrick Lamar — The Reflektor Tapes is more than a concert film. A collaborative effort between Joseph and Arcade Fire, it begins in Montreal, documenting the band's process in the studio and the creation of their Billboard Chart-topping fourth album, Reflektor. It moves with the group as they perform at Carnival in Jamaica, to the streets of Earls Court in London, and on to North American arenas.

The Reflecktor Tapes captures the ceaseless energy and dynamism of the band's fronting duo, husband and wife Win Butler and Régine Chassagne, in previously unseen concert footage. But it also digs deeper, beyond the group's onstage passion and theatricality, and explores the album's themes and the inspirations that have shaped Arcade Fire's creative output, particularly Chassagne's relationship with her ancestral homeland of Haiti.

Joseph's film is a definitive look at one of the most talented groups born out of Canada's rich music tradition.