Julie Delpy (Before Midnight) writes, directs and stars in this satirical comedy about fortysomething workaholic Violette, who finds romance while on a spa vacation — but whose new beau soon has doubts when he discovers Violette’s unusual relationship with her 20-year-old son. 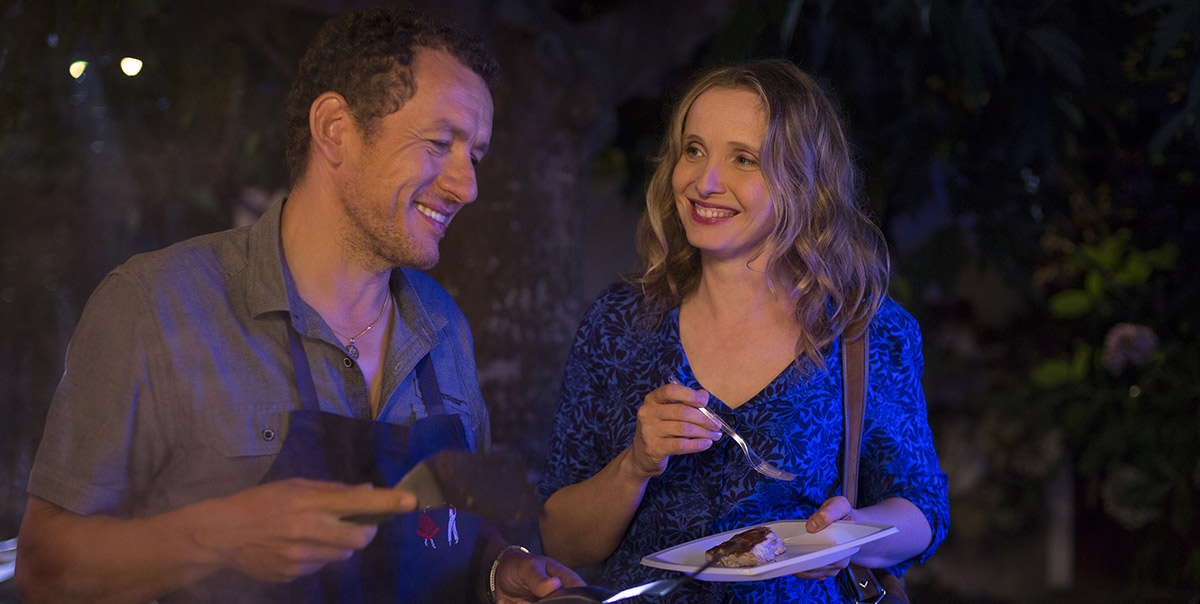 Her performances in the films of Jean-Luc Godard and Krzysztof Kieslowski made Julie Delpy a European art-house star, but it was her work in Richard Linklater's Before... trilogy that earned her so much love from audiences all over the world. What's not as well known is the fact that Delpy also co-wrote Before Sunset and Before Midnight. When it comes to the magic of movie romance, Delpy knows her stuff. That's what makes Lolo such a joy to watch. She's the co-writer, director, and star here, and she owns this film. It has the raw emotion of her best work in other romantic films, as well as some daring comedy about the very idea of romance.

On holiday in the south of France, anxious Parisian Violette (Delpy) and her best friend Ariane (Karin Viard) obsess about love and sex while, at the same time, ridiculing them mercilessly. When Violette meets awkward small-towner Jean-René (brilliant French comic Dany Boon), she first keeps him at arm's length. But there's no denying his charm. "I'm sick of smartass Parisian guys messing with my head," she realizes. And off they go.

When she brings Jean-René back to Paris, things get more complicated. Violette's son, Lolo (Vincent Lacoste, also at the Festival in Parisienne), has gotten used to being the only man in his mother's life. He launches an effective stealth campaign against Jean-René, undermining his mother's lover at every turn.

Like a Nancy Meyers rom-com, Lolo is full of smart observations about the realities of love and relationships — observations made from a woman's perspective. But, as fluent as she is in Hollywood idiom, Delpy is unabashedly French. Her film soars on the strengths of its bold European perspective on love, the sophistication of its dialogue, and the agility of its shifts from romantic comedy to wild, outrageous farce.