A riveting biopic of notorious Austrian convict Jack Unterweger, who became a literary superstar while serving a 15-year sentence for murder. 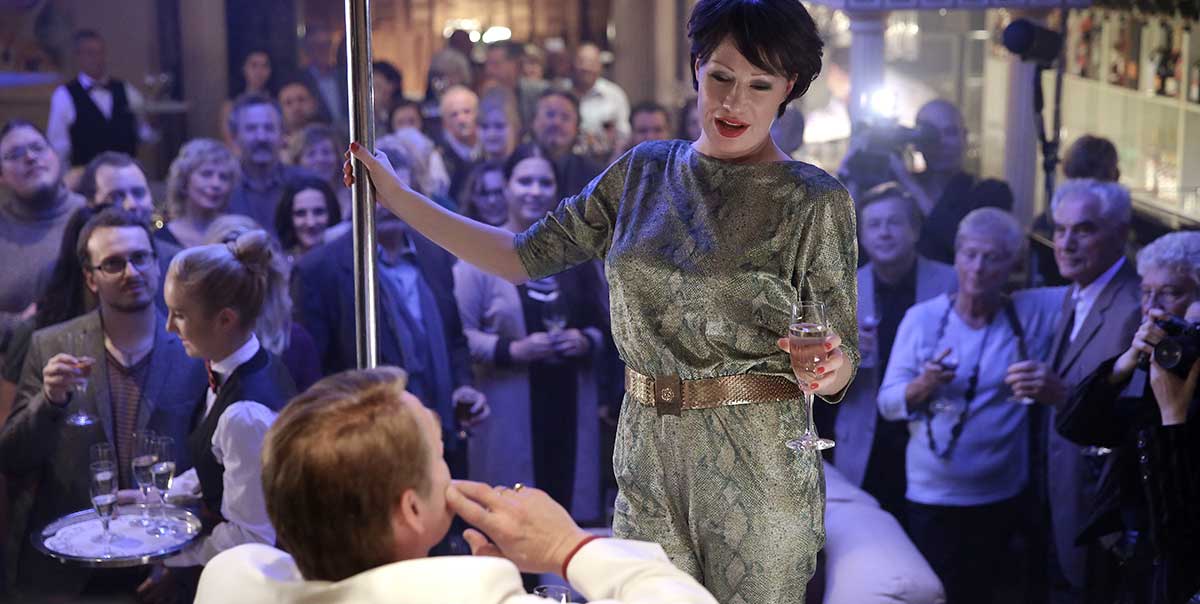 We meet the driving force of Elisabeth Scharang's sophomore fiction film even before the opening credits roll, as we find ourselves stared down by the unwavering, penetrating gaze of the titular Jack. Delving deep into the soul of one of Austria's most infamous real-life convicts, Jack is a fascinating, unprejudiced look at the path to redemption and the obstacles that bar the way.

Johannes Krisch cuts a threatening figure as Jack Unterweger, a murderer who manages to captivate Vienna's high society from behind bars while serving out a fifteen-year sentence for his heinous crimes. When he begins devoting his prison time to exorcising demons through prose, Jack sees his notoriety attract publishers and female fans alike. Embracing his rising celebrity status, he gives himself over to the spotlight and to his "guardian angels": pen-pal lover Susanne (Corinna Harfouch) and literary agent Marlies (Birgit Minichmayr). Yet his troubled past is not far behind, pulling him back at each step he tries to take toward a new life.

In Krisch, Scharang has found the perfect actor to channel the personality of the notorious criminal. Displaying a psychological intensity rivalling that of his character in Götz Spielmann's brooding Revanche, Krisch fully embodies the larger-than-life persona that enthralled an entire nation — a persona given its visual correlative in the film's robust, sumptuous cinematography. Yet appearances can be deceiving: beneath it all lies a tortured soul, caught between the past's burden of conscience and tomorrow's call for redemption.