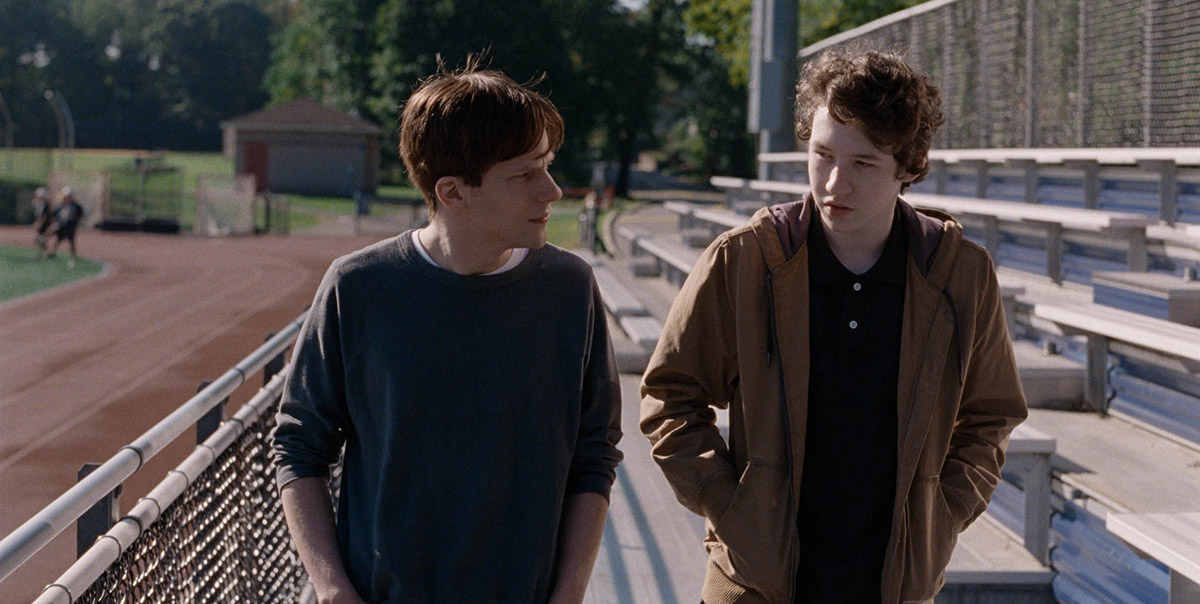 With his first English-language feature, Joachim Trier (whose previous films Reprise and Oslo, August 31 both played at the Festival) reconfirms his well-earned reputation as one of the finest young European directors to emerge in the past decade. Working with his co-writer and long-time collaborator Eskil Vogt, in Louder Than Bombs Trier expertly (and sometimes audaciously) shuttles between different timeframes and character perspectives as he investigates the dynamics of a troubled family.

Gene Reed (Gabriel Byrne) is an aging high-school teacher who, while grappling with the sudden death of his photojournalist wife Isabelle (Isabelle Huppert), is also experiencing difficulties connecting with his youngest son Conrad (Devin Druid), a painfully shy loner who finds his only outlet on the internet. When Jonah (Jesse Eisenberg), Gene's wunderkind eldest son — a promising young academic who has become an insufferably moralizing pedant — returns to the family home almost immediately after the birth of his first child, Gene seizes upon the opportunity to try and mend the rifts in the familial fabric. This last-chance bid for reconciliation is made all the more urgent by an upcoming, posthumous exhibition of Isabelle's work, which may lead to a public revelation of some of the Reeds' darker secrets.

Trier displays a truly novelistic sense of character and detail as he probes the fault lines of this singularly unhappy clan, and he also mines sly comedy from the generational gap between Gene and his sons. Powerful, memorable, and psychologically acute, Louder Than Bombs is both a lament for what has been lost and an affirmation of what remains.