In this pulse-pounding thriller, a geologist tries to prevent a cataclysm when a mountain overlooking a popular Norwegian tourist destination begins to collapse into the ocean. 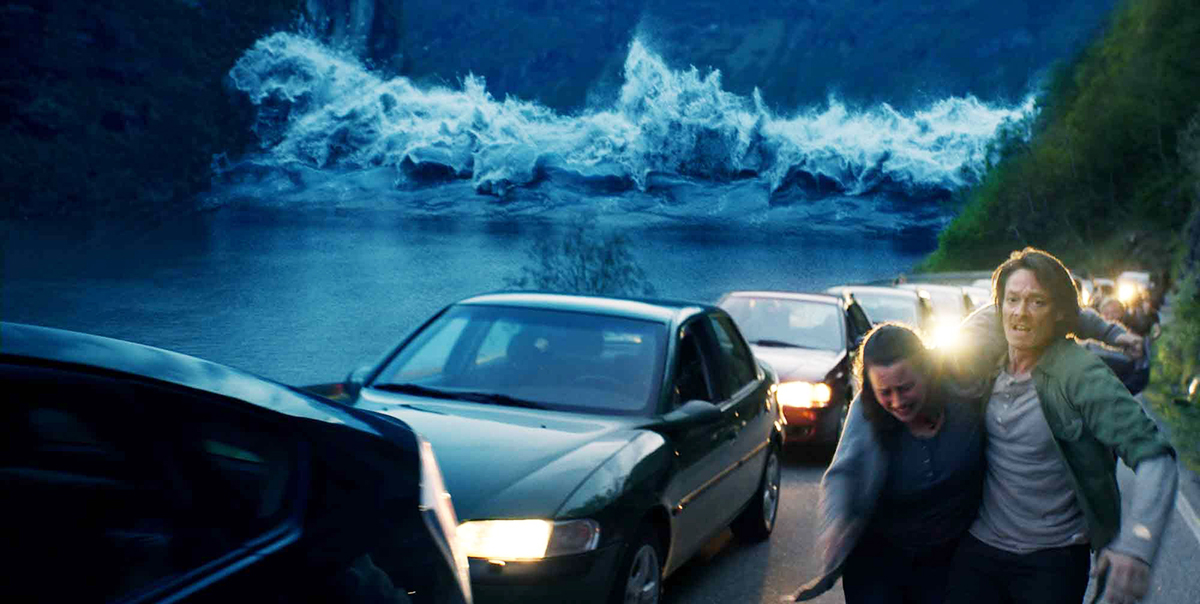 This exhilarating thriller overpowers the senses and engulfs the screen with images of awe and terror. The Wave is a fearsomely vivid depiction of a disaster no one could ever truly prepare for — though one tenacious man will do his best to sound the alarm and prevent all-out tragedy.

Nestled in Norway's Sunnmøre region, Geiranger is one of the most spectacular tourist draws on the planet. With the mountain Åkerneset overlooking the village — and constantly threatening to collapse into the fjord — it is also a place where cataclysm could strike at any moment. After putting in several years at Geiranger's warning centre, geologist Kristian (Kristoffer Joner) is moving on to a prestigious gig with an oil company. But the very day he's about to drive his family to their new life in the city, Kristian senses something isn't right. The substrata are shifting. No one wants to believe that this could be the big one, especially with tourist season at its peak, but when that mountain begins to crumble, every soul in Geiranger has ten minutes to get to high ground before a tsunami hits, consuming everything in its path.

Those ten minutes are some of the most nerve-rattling you'll experience in any movie this year, but as The Wave continues the stakes only get higher. Ace director Roar Uthaug keeps things hurtling forward in a state of high anxiety until the very end. Giving Hollywood a run for its money, the film's canvas is broad, its effects eerily realistic, and its scale immense. Here comes the flood.